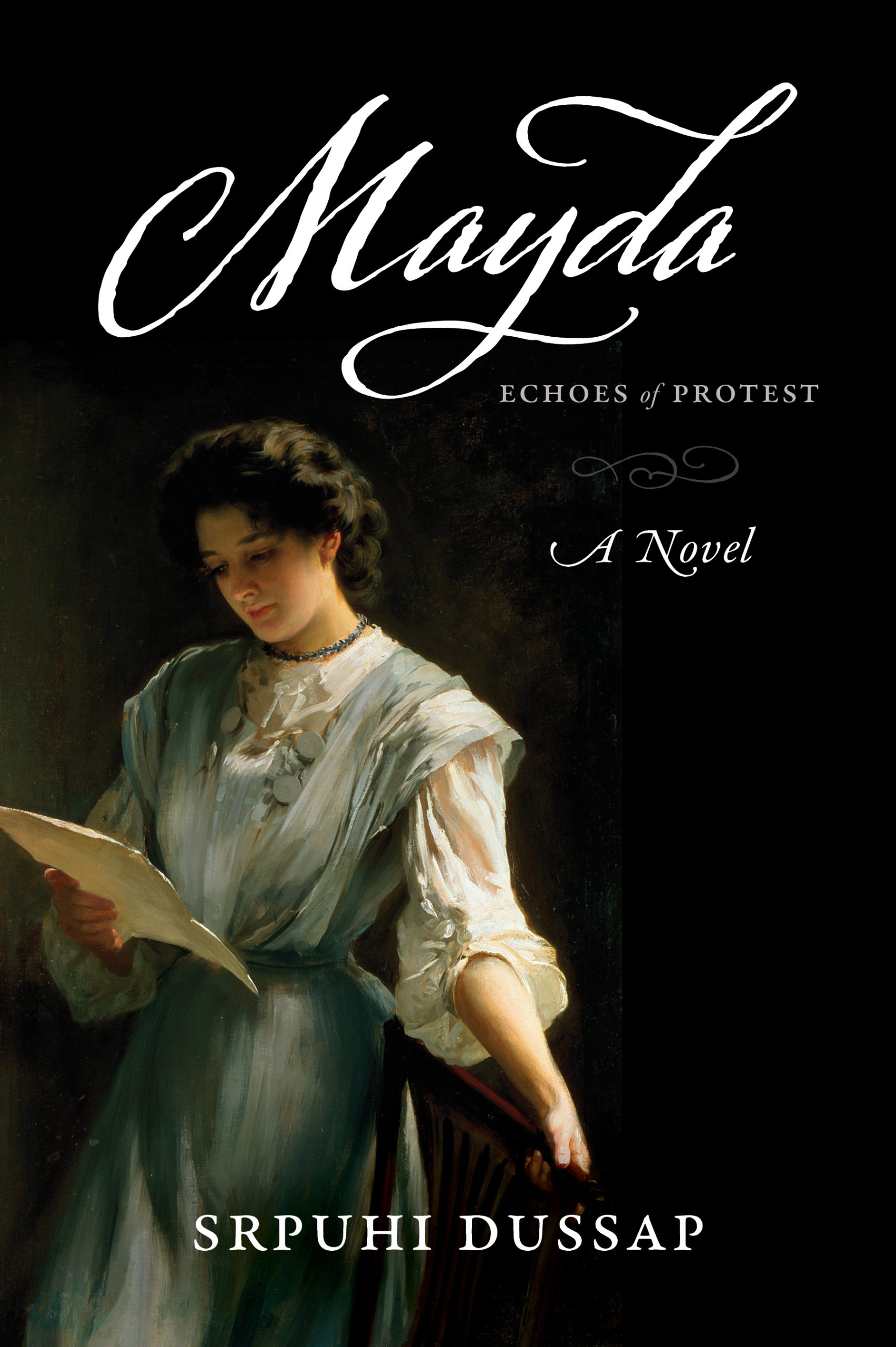 BOSTON, Mass. – The Armenian International Women’s Association (AIWA) has announced the release of its latest book, Srpuhi Dussap’s pioneering Armenian feminist novel Mayda: Echoes of Protest.
Published in 1883 in Istanbul, in the midst of an Armenian community experiencing a cultural renaissance, the book caused a sensation at the time, with some condemning its call for the equal rights of women as a threat to traditional Armenian values, while others praised its promotion of social justice as a progressive step for the nation.
This first book known to have been written by an Armenian woman is notable not only for its novel ideas, but also for its innovative form, as one of the earliest works written in the modern Western Armenian language and therefore easily accessible to the public, rather than the classical form that had until that time been considered the only acceptable text.
With Mayda, Dussap provides a sharp critique of the unequal and unjust position of women in contemporary society and declares the right of a woman to a good education, to become gainfully employed, to relate with the opposite sex on the basis of mutual respect and to have an independent role in society. She advances her ideas through this controversial novel of romance, betrayal and reconciliation. The action is described through correspondence, mainly between an attractive but despondent young widow (Mayda) and her wise friend (Madam Sira), who offers her encouragement and advice.
While advocating equality for women is the main theme of the book, this was only one aspect of the author’s crusade for a more just and humane society. Her disapproval of the frivolity of the upper classes was clear, and she saw it as the duty of the privileged to improve the condition of the less fortunate. Her crusade for a greater role for women was based not only on her sense of social justice, but also on her conviction that enlisting the abilities of women would facilitate the nation’s progress. There is a strong strand of nationalism in her writing, and Dussap was part of the contemporary progressive movement dedicated to advance the Armenian community through education, publications and social participation.
Srpuhi Vahanian Dussap was born in the Istanbul suburb of Ortaköy in 1841 into a wealthy and socially prominent family. Her father passed away before she reached her first birthday, leaving her upbringing and education in the capable hands of her mother Nazeli Vahanian. An especially well-educated woman noted for her philanthropic activities as well as her participation in the newly formed women’s associations of the times, Nazeli carefully supervised her daughter’s education, first in a French elementary school and later with tutors.
It was not until she was in her twenties, however, that Srpuhi Dussap began to take an interest in the Armenian language and literature, after she met and began taking Armenian-language lessons from the well-known Armenian poet Mgrdich Beshigtashlian. Under his influence, she wrote her first publications, poetry written in classical Armenian.
In 1871, Srpuhi married her piano teacher, Paul Dussap, a French musician at the Turkish Sultan’s court. The couple had two children, Dorine and Edgar, and they held a popular lively salon in their home that attracted local intellectuals to discuss the cultural, political and social issues of the day. Paul Dussap encouraged his wife’s literary activities. In 1880 Srpuhi published a small work titled The Spoken Armenian Language and began contributing articles about women’s issues to the Armenian press.
With the publication of Mayda (and two additional novels furthering her ideas, Siranush in 1884 and Araxia in 1886), Dussap became an idol for a young generation of Armenian women who were inspired by her life and ideals. In 1889, accompanied by her daughter Dorine, she went on an extended trip to Paris, where the two enjoyed the cultural life of the French capital. But Dorine contracted tuberculosis, and soon after returning home, in 1891, she died at the age of 19. Srpuhi Dussap could not recover from this crushing loss and never again wrote for publication. She withdrew from society and passed away in 1901.
However several writers from the young generation of Armenian women who had been inspired by Dussap as a role model went on to lead distinguished literary careers. Following her example, they created a brilliant body of literature in the late 19th and early 20th centuries. Almost forgotten for a century, the lives and works of these women are increasingly becoming the subject of attention today, not only among Armenians striving to meet the challenges of modern times, but in broader circles interested in understanding the evolving roles of women in society.
Mayda was reprinted in 1924, but AIWA’s edition is the first translation of the text into English. It marks the latest work to appear in the organization’s “Treasury of Armenian Women’s Literature” series, following AIWA’s previous publication of three works by an admirer of Dussap, Zabel Yessayan (The Gardens of Silihdar, My Soul in Exile and In the Ruins).
Mayda includes an introduction by Professor Valentina Colzolari of the University of Geneva, who places the work in the context of women’s emancipation and Armenian literature in contemporary Istanbul. The translator is author Nareg Seferian, a graduate teaching assistant at the Virginia School of Public and International Affairs. The editor is Dr. Lisa Gulesserian, who teaches Armenian Language and Culture at Harvard University’s Department of Near Eastern Languages and Civilizations. Assisting in the editing was AIWA’s publication team of Barbara Merguerian, Joy Renjilian-Burgy, Judith A. Saryan and Danila Jebejian Terpanjian.
Mayda: Echoes of Protest is available for purchase ($20) directly from AIWA, from Amazon Books, or from booksellers specializing in works about Armenia and Armenians. For more information about AIWA books or about AIWA’s programs to advance the roles of women in society, please contact the organization at 65 Main St., #3A, Watertown, MA 02472; 617-926-0171; info@aiwainternational.org.
Guest Contributor