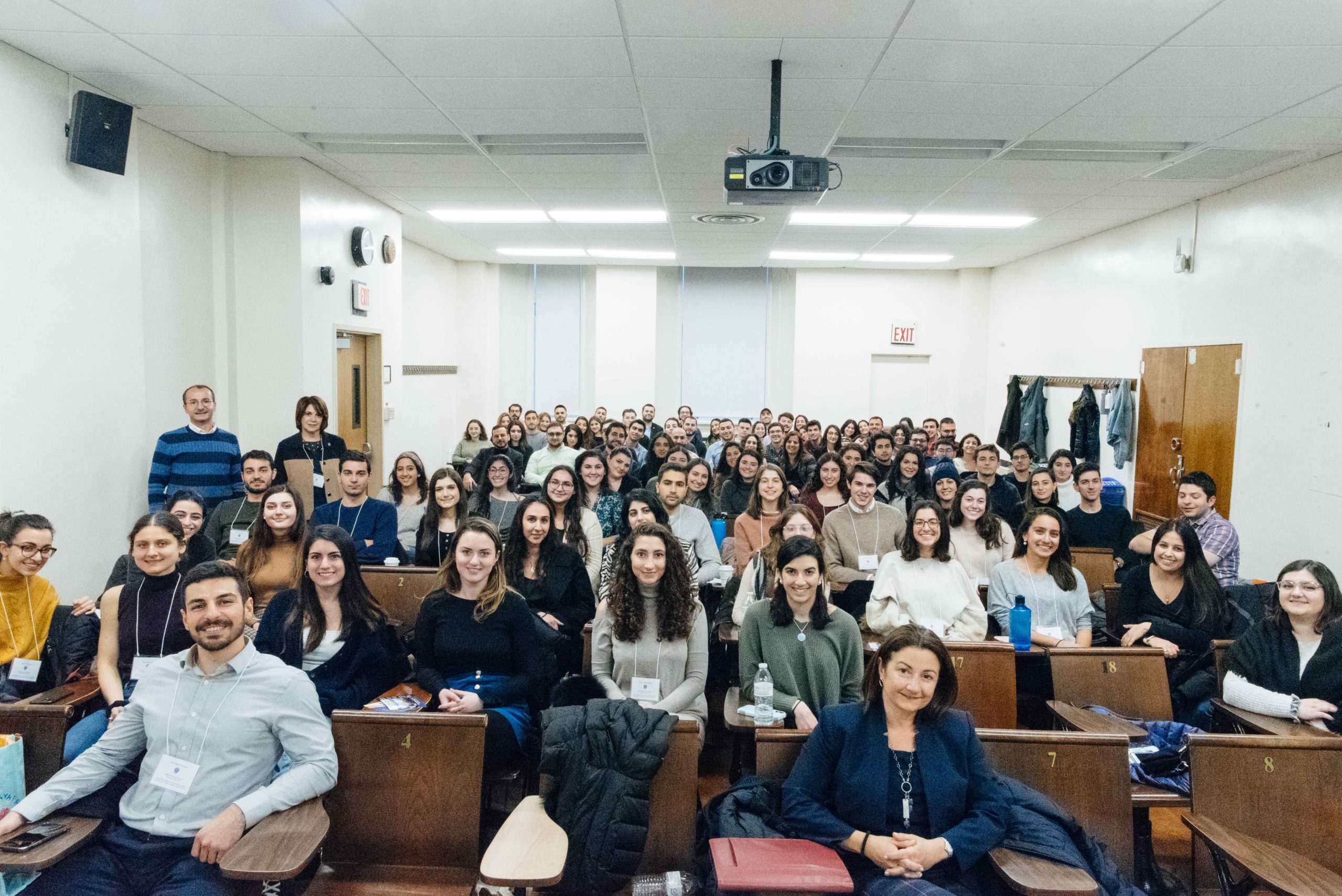 Armenian Relief Society (ARS) of Eastern USA board member Sandra Vartanian opened the program with welcoming remarks and briefly discussed the work of the ARS.

The success of the program has prompted the ARS to hold what was an annual program twice every year. Over the past four years, Youth Connect has been held at MIT, Yale or Columbia University.

“The ARS Norian Youth Connect Program has emerged as a leading educational program in the Armenian world, bringing together artists, intellectuals, fostering an environment of discussion, debate and community engagement for hundreds of university students,” said Mouradian, who was directing his tenth consecutive Youth Connect.

“Much of the credit for the program’s success goes to the students, whose feedback and suggestions have helped us rework or tweak different aspects of Youth Connect over the years, and whose willingness to engage in discussion has generated tremendous enthusiasm,” he added.

The day began with Ayanian who showed a seven-minute extended trailer of her film What Will Become of Us which focuses on Armenian Americans today. The short clip was followed by a discussion about the process of making the film. Ayanian teaches documentary film production at Drexel University, and she co-owns Storyshop, an independent production house for creative media. She previously produced Kinderwald, an Official Selection of Munich International, Seattle International, Napa Valley and Slamdance film festivals.

Changing gears to a completely different subject, Avagyan’s talk centered on machine learning and neural networks discussing the cutting edge research that is being conducted in the field as well as her own work. Avagyan is a PhD student in electrical engineering at Columbia University, and her research focuses on mathematical deep learning with applications in computer vision and signal processing. Avagyan also is the director and founder of ZeRoRo robotics camp in Armenia, which was driven by her passion for robotics and children’s education, with plans to make it an international camp this year.

Following a lunch break, Khatchadourian moved the discussion to journalism and the challenges facing long form journalism today. A discussion ensued with the participants on the role of journalists and the public-at-large in fighting against the ubiquity of fake news. A staff writer at The New Yorker since 2008, Khatchadourian covers a wide range of topics, including science, art, politics, foreign affairs and national security. On two occasions, his work was nominated for National Magazine Awards—once for his profile of an Al Qaeda propagandist, titled “Azzam the American,” and a second time, in collaboration with a New Yorker multimedia team, for “Secrets of Edgewood,” an investigation into Cold War psychochemical experiments.

Professor of history, Meghrouni Family Presidential chair in Armenian Studies and director of the Armenian Studies Program at UC Irvine, Berberian discussed her new book, Roving Revolutionaries: Armenians and the Connected Revolutions in the Russian, Iranian, and Ottoman Worlds. She focused on the role played by the Armenian revolutionary Rosdom, among others, from 1904-1911 when the Russian, Iranian, and Young Turk revolutions took place. Her presentation focused on the movements and participation of these revolutionaries within and across frontiers that tell us a great deal about the global transformations that were taking shape at that time.

Concluding the day was Mouradian’s discussion about the life and legacy of two Armenian midwives who practiced midwifery in Aintab and then in Aleppo from the 1890s into the 1940s. Besides being the director of the Youth Connect program, Mouradian is a lecturer in Middle Eastern, South Asian, and African Studies (MESAAS) at Columbia University, where he also heads the Armenian studies program. His book The Resistance Network: The Armenian Genocide and Humanitarianism in Ottoman Syria is forthcoming in 2020.