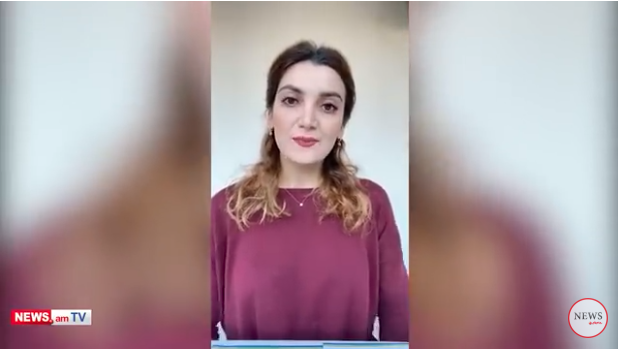 A special consultation was held in the Municipality of Ejmiatsin regarding the coronavirus situation in the city, and Mayor Diana Gasparyan reported this on Facebook livestream.

“Since yesterday, we have been disinfecting with respective means the main streets and sidewalks of Ejmiatsin, the benches in public places, [public transport] stops, in general, the places where there are a lot of gathering of people, or there is a lot of flow of people,” she added. “I state with delight that we do not see a large crowd of people in the streets.”

According to the mayor, within the framework of the joint work with the police, the employees of the municipality are fighting against open-air trade.

“Persons in charge of carrying out the disinfection and utilities services of the city have been appointed,” he said.

According to her, disinfection of public transport is under monitoring.

“Work has also been done today with restaurants in the city, wedding halls, and, in general, places where crowded events are taking place,” she said.

The mayor strongly urged the citizens to come to the municipality only in case of extreme need. “All non-commercial public points (…) are closed,” she added.

At present, the number of people infected with coronavirus has reached 28 in Armenia, and most of them are associated with the well-known engagement party Ejmiatsin.