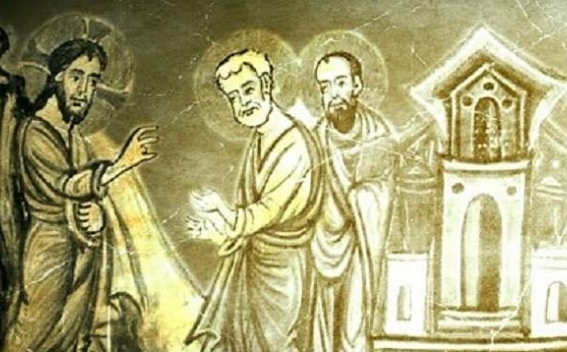 The fourth Sunday of the period of Great Lent is called the Sunday of the Steward, and the message of the day teaches us with the parable of the unjust steward. This parable is mentioned only in the Gospel of St. Luke (Luke 16:1-13), Qahana.amreports.

In the parable, a wealthy man learns that the steward of his house (the supervisor of his holdings) is squandering his possessions.  The rich man calls the steward, asking for an accounting, having decided to release him from employment. The steward, realizing that he may soon be without work, begins to act accordingly so that in the near future, others may accept him into their homes. The steward calls those men who have debts to his employer, and he relieves them of a portion of their debts. Following this act, the wealthy man praises the steward for his contrivance.

At first glance, it seems as though there is a great contradiction in this commendation.  But the unjust steward grants back to the debtors, only that which he had added to the debt originally for his own gain. Thus, the wealthy man is not injured by the actions of his steward. The master praises the steward for resigning himself from the gains that the steward would have realized in these transactions. Thus, high praise is given to resignation, or abstinence, which is one of the foundations of Great Lent.

Lent teaches mankind about the ability we each have to resign ourselves from all forms of temptation, the beginning of which is self-control and self-denial. Christ says, “If any man will come after me, let him deny himself, and take up his cross and follow me” (Matthew 16:24). This parable admonishes every one of us that the journey towards salvation must include self-control and resignation. The allegorical meaning of the parable is in the wealthy man symbolizing God, and the unjust steward symbolizing the sinner. For an extended period of time, the sinner carelessly wastes the graces granted by God, until God calls him for an accounting of his life. The unjust steward symbolizes all who, upon regretting their actions, forgive those who have sinned against them, and become seekers of righteousness and the just.