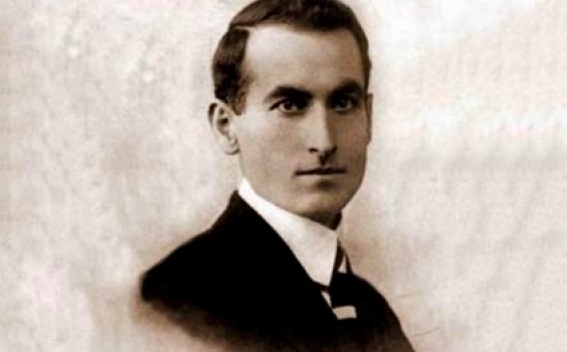 Berlin, March 15, 1921… the bullet fired in the district of Charlottenburg, knocked Talaat down.

The shooter was Soghomon Tehlirian. He started the Operation Nemesis, which sought to punish the Young Turkish officials guilty of organizing and carrying out the Armenian Genocide of 1915, the organizers of 1918 Baku massacre of Armenians and the armenian traitors who collaborated with the Turks.

A monk was the first to visit him in jail and exclaim: “I bless you in the name of Jesus Christ, that you assassinated the beast and took a revenge for all of us.”

The only suit in the world where the assassin was acquitted.

-Someone who deserved execution. For three times from different sides he had been sentenced to death. His name is Talaat and he has a title of pasha.

If the assassinated is not a regular criminal but an unusual monster then humanity has been set free from a barbarian who if alive would have annihilated more innocent people.

– What to call a person who obliterated a nation slaughterer.

– I testify with honor and conscience, as the jury’s decision, is defendant Soghomon Tehlirian guilty of murdering a person, Talaat pasha, in Charlottenburg, on March 15, 1921?

– No, was the court verdict.

Soghomon Tehlirian was from the village of Nerkin Bagarich, in the Erzurum region. He left for Tiflis in 1914 where he joined the ARF and took part in 1914-1915 Western Armenia liberation fights, reached Van and witnessed the Armenians’ slaughter. He returned native Bagarich in 1916 and found that his relatives, 20000 Erzincan Armenians and all those in Bagarich were robbed and ruthlessly slaughtered.