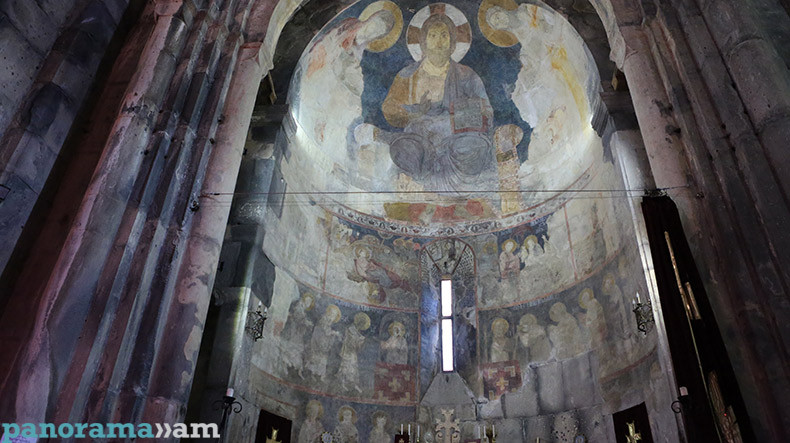 The St. John (Hovhannes) of Odzun, who was recognized as “the Philosopher”, is one of the greatest fathers of the Armenian Church, the Araratian Patriarchal Diocese reports. According to hagiographers, he possessed both spiritual and mental brilliance.  During the 11 years of his reign (717-728), Catholicos Hovhannes managed to withstand Byzantine and Arab pressures and incursions, while struggling mightily against sects.

Hovhannes of Odzun endowed to us a rich and priceless literary legacy.  His work entitled “Canons of the Armenians” is the first voluminous collection in Armenian history, which contains ecclesiastical canons and laws. He is also famous as the author of numerous sermons and church hymns. Among the most important initiatives undertaken by Catholicos Hovhannes of Odzun, is the church council convened in Dvin in 726, with the aim of reforming the Armenian Church.

The tomb of Catholicos Hovhannes is in the Church of Srbanes (St. Hovhannes) in the village of Ardvi, near his birthplace of Odzun.  The church has remained a sanctuary for the faithful of the Armenian Nation.

The names of Vartabeds (church divine or archimandrite) St John (Hovhan) of Vorotan (1315-1388) and St. Gregory of Tatev (1346-1410) are closely interrelated. Gregory of Datev, the greatest Vardapet and theologian of the Armenian Church, studied under Hovhan of Vorotan, and later raised the famous school founded by his teacher in the Monastery of Tatev. Gregory of Tatev authored numerous significant theological works