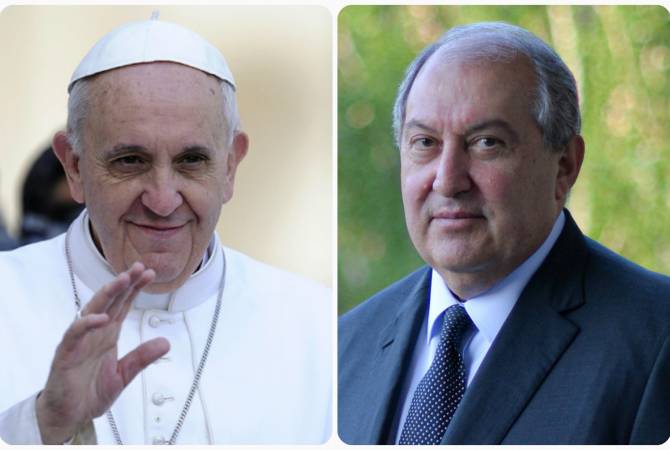 Armen Sarkissian served as Armenia’s first ambassador to Vatican. In 1997 he received the St. Gregory the Great Order from His Holiness Pope John Paul II. With his active participation the Armenia-Rome exhibition opened in 1999 in the Sistine Chapel in the presence of late Pope John Paul II and late Catholicos of All Armenians Garegin I.

Reminding this in his congratulatory letter the Armenian President said Armenians’ ties and connections with Vatican have a millennia-old history, and currently the Armenia-Vatican inter-state relations continue harmoniously developing. Mr. Sarkissian expressed his gratitude to Pope Francis’ unconditional position for the establishment of world peace, justice and human dignity, the strengthening of the Armenia-Holy See inter-state relations.

“I remember with a special warmth your visit to Armenia in June 2016 and our personal meeting”, the Armenian President said in the letter. “I hope we will meet again in the near future”.

The Armenian President wished Pope Francis good health, success and vigor to lead the dedicated mission of the Ecumenical Church.