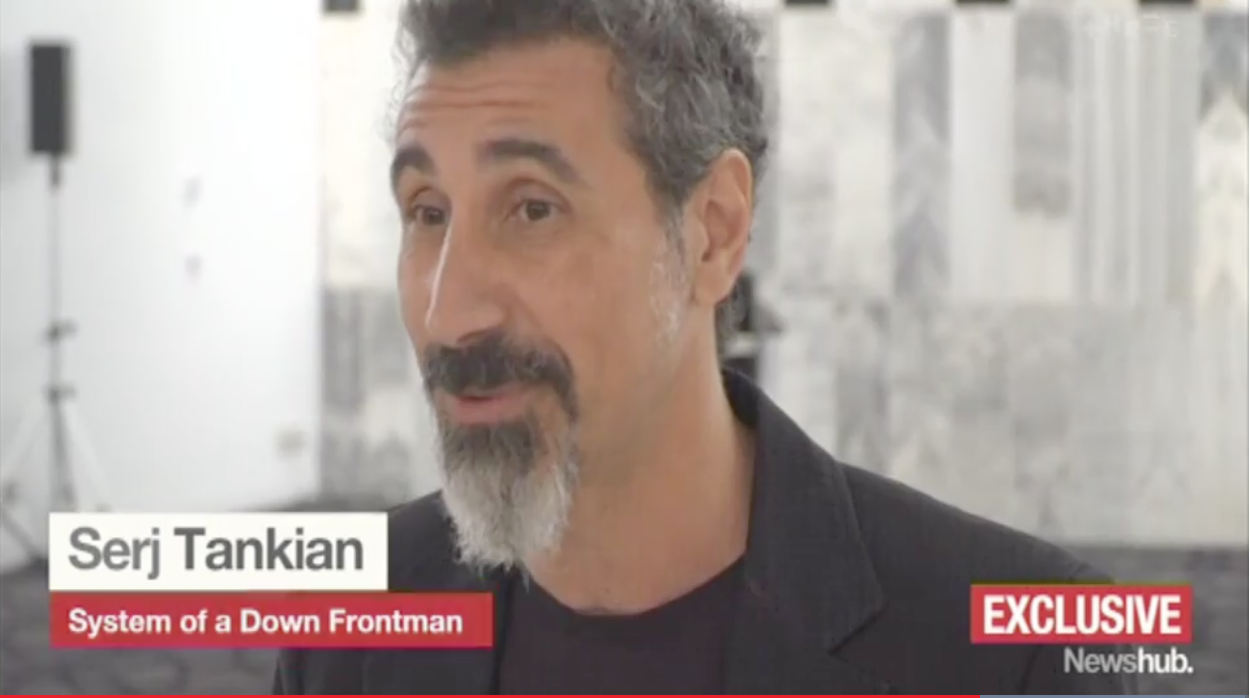 Rockstar v Winston: System of a Down frontman calls on NZ to recognise genocide

The frontman of Grammy award-winning rock band System of a Down is calling on Foreign Minister Winston Peters to recognise the Armenian Genocide in WW1.

The American-Armenian’s grandparents survived the slaughter of up to 1.5 million Armenians, Assyrians and Greeks within the old Ottoman Empire due to their religious beliefs.

“It’s important for people to be aware about the genocide – the first genocide of the 2nd century,” Serj Tankian told Newshub.

But New Zealand does not call it genocide.

“The United States just recognised it, most – or a lot of countries – have recognised it, including France, Italy, the European Union, the Vatican, [and] Russia,” Tankian says.

Newshub asked Tankian if he would like Peters to use the word ‘genocide’ and he said: “I would.”

There are fears it would damage the country’s relationship with Turkey – one of the first countries the Government visited in the wake of the mosque attacks.

And thousands of Kiwis make the annual trip to Gallipoli to pay respects on ANZAC Day.

“There are dances around the word genocide because Turkey does not want nations to use that word,” Tankian says.

He will be speaking at an event in Parliament on Thursday evening where politicians from across the House of Representatives were invited.

Newshub has been leaked a memo sent to MPs by Peters’ office which says: “In deciding whether to take up the invitation, please note the New Zealand Government’s position on this sensitive issue, which is to encourage Turkey and Armenia, as the parties directly concerned, to discuss the issue.”

Tankian views that as a threat to MPs not to attend.

“Even the Republican Party of the United States hasn’t gone that far,” he says. “That’s interesting. I think that’s a shame… it’s disappointing.”

Newshub asked Peters if he told MPs not to go to an event and he replied: “That’s your allegation. Of course I didn’t.”

It’s not unusual for Foreign Minister’s to remind MPs of New Zealand’s position on difficult diplomatic issues like this.

But the Armenian community feels strongly their loss should be recognised – and now there is a very loud voice calling for New Zealand MPs to listen up.