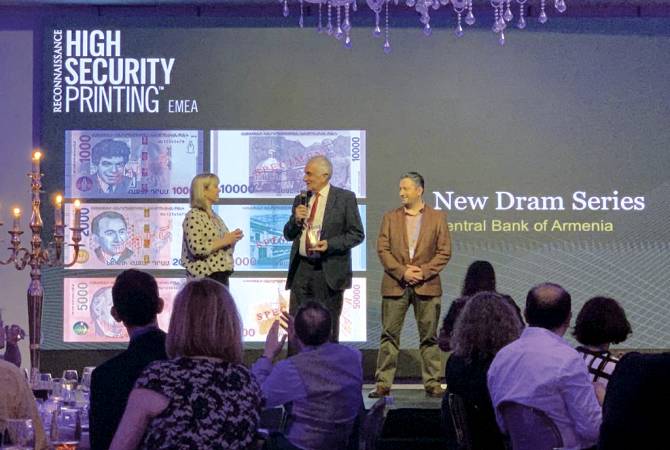 The awards formed part of the High Security Printing EMEA annual Conference, which was organized by Reconnaissance International and held on March 9-11 in Lisbon, Portugal.

It was also noted that the series in denominations of 500, 1’000, 2’000, 5’000, 10’000, 20’000 and 50’000 Dram is produced on a composite substrate that combines the durability of polymer with the printability and inclusion of paper to produce highly durable and secure banknotes. Armenia is the first country in the world to have an entire banknote series printed on Louisenthal’s Hybrid ADDvance paper/polymer composite. The jury marked out originality of the banknotes design, which reflects the historical, cultural and religious themes.

The Best New Commemorative Banknote accolade went to the National Bank of Poland for its 19 Zloty, which commemorates the 100th anniversary of establishment of the Polish Security Printing Works. This banknote stands out because the face value – 19 pln – is unusual, and the combination of the traditional design and modern security features is impressive.