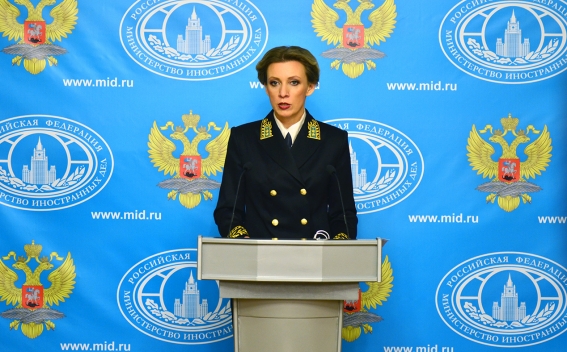 Moscow urges the parties to the Karabakh conflict to exercise restraint and refrain from using force, said Russian MFA spokesperson Maria Zakharova, News.am reports
According to Zakharova, Moscow is monitoring the situation in the Karabakh conflict zone.
”Unfortunately, a violation of the ceasefire was observed on the Armenian-Azerbaijani border, as a result of which there are killed and wounded,” she said. ”I would like to express my condolences to the families and friends of the victims. We urge the parties to exercise restraint, to refrain from using force, to intensify the negotiation process,” she said. Zakharova noted they are aimed at achieving a settlement by political means.
As reported earlier, a soldier of the Armenian Armed Forces was killed in fire by the Azerbaijani side, the Defense Ministry said in a statement.