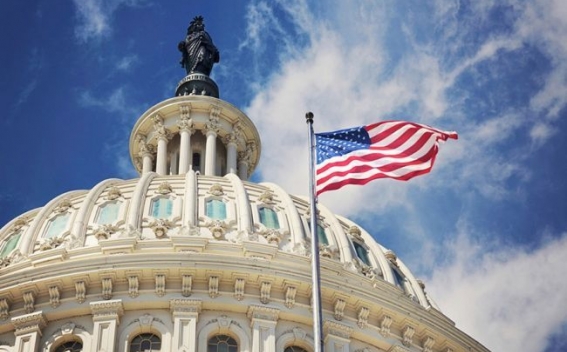 Today, 75 lawmakers sent a letter to the House Appropriations Subcommittee on State, Foreign Operations and Related Programs requesting assistance to Armenia and Artsakh (Nagorno Karabakh) for the Fiscal Year 2021, reported the Armenian Assembly of America (Assembly), armenian-assembly.org reports.
The letter, spearheaded by the Congressional Caucus on Armenian Issues Co-Chair Rep. Frank Pallone, Jr. (D-NJ) along with Co-Chair Rep. Jackie Speier (D-CA) and Vice-Chair Rep. Adam Schiff (D-CA), highlights the ”continued and demonstrable humanitarian need” for landmine clearance in Artsakh and HALO Trust’s important work therein and calls for $1.5 million for ”demining and landmine risk education. In addition, the letter calls for $100 million to Armenia for ”economic, governance, rule of law, and security assistance” citing ”Armenia’s nonviolent ‘Velvet Revolution’ in April 2018 and subsequent free and open elections in December 2018.”
In response to Azerbaijan’s ongoing cease-fire violations and aggression against Armenia and Artsakh, the lawmakers also recommended suspending U.S. military aid to Azerbaijan. The letter outlines stricter provisions to the waiver authority under Section 907 of the FREEDOM Support Act requiring the President to determine and report to Congress that ”the Government of Azerbaijan is taking demonstrable steps to cease all blockades and other offensive uses of force against Armenia and Nagorno-Karabakh.”
The Assembly’s testimony before the same panel last month called for $100 million to Armenia and $25 million for Artsakh. The Assembly also called on Congress to uphold the letter and spirit of Section 907 of the Freedom Support Act, highlighting the severe disparity in U.S. military aid between Armenia and Azerbaijan and Azerbaijan’s ongoing cease-fire violations and war rhetoric. Meanwhile, the Administration’s FY 2021 budget request had no funding for Artsakh and a total of $14.5 million for Armenia.
”We commend the Armenian Caucus and the 70 plus Members of Congress that joined this initiative in support of democracy and economic assistance to Armenia, demining aid for Artsakh, as well as addressing the military aid disparity between Armenia and Azerbaijan by calling for the suspension of such aid to Azerbaijan,” said Armenian Assembly of America Congressional Relations Director, Mariam Khaloyan.