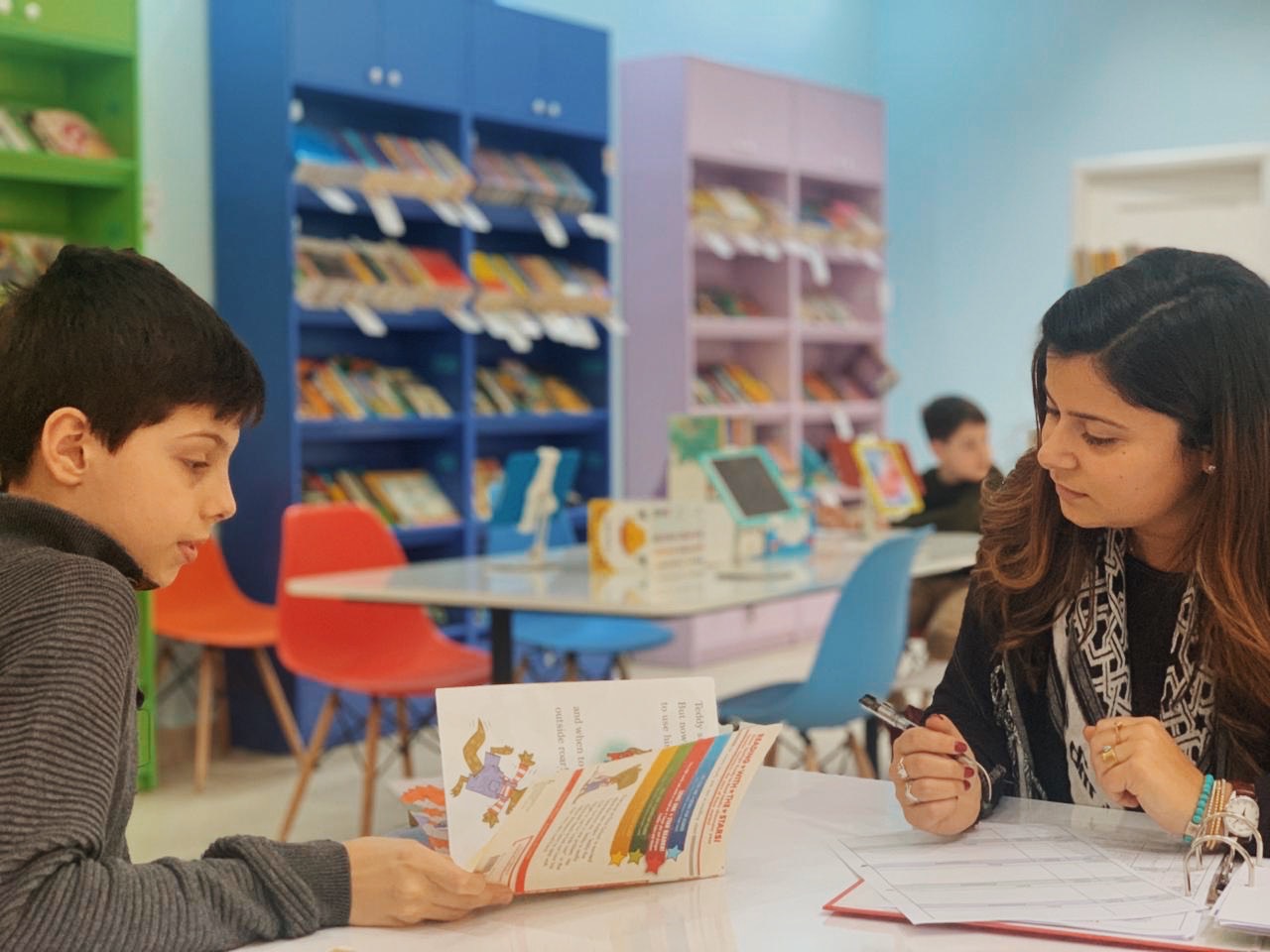 Has it ever crossed your mind to move to Armenia? But do you stop to wonder the answer to a common concern: Where will my children go to school? I want my kids to be proficient in English as well as Armenian. Would that be possible in Armenia? Will they get a high quality education equivalent to the United States?

When I received an email that I will be volunteering at LingoStar Armenia as a Birthright participant, I had no idea what to expect. To be honest, I had never heard of Lingostar before. What made me even more nervous was that no one I asked had heard of it either. I thought to myself: “This is probably in the middle of nowhere” and “Does this place even exist?” Setting all of my worries aside, I decided to embark on an adventure that has ended up changing my life.

On my first day, I got into a GG taxi and told them to take me to 27 Azatuyan. My taxi driver gave me a confused look, which is not common in Armenia since they are familiar with every corner of the city. After driving for a little over 15 minutes, we stopped in a parking lot. It felt like we were in foreign territory. I had never been to this part of Yerevan before. I got out of the car and saw a bright green sign that read “Lingostar.” I took a deep breath and walked through the doors. I felt like I was in an entirely new world, as if I opened the door that led to the secret garden. The room was filled with bright rainbow colored bean bag chairs and bookshelves. Inspirational quotes read, “If you can dream it, you can do it.” A bulletin board labeled “Lingostar Weekly” highlights students’ work. There were games like Memory and Quizlet and popular children’s books that ranged from Goodnight Moon to the Junie B Jones series. I turned my head to see the newest addition to the education center, a parrot that is learning how to speak English. The room offered such a welcoming and friendly environment that I instantly wanted to grab a book and read, which doesn’t usually happen.

Turns out, Lingostar is the Armenian representation of the US-based Renaissance K-12 Educational Software which operates in 80 countries. It is an innovative space for accelerated English learning. It is a uniquely native English environment where students have the chance to expand and apply reading, speaking, listening and writing skills, the same way that children develop their language skills in the US and other native speaking countries. Not only does Lingostar strive to improve language skills, but it also shapes future leaders through critical thinking and problem-solving projects.

How does this all work? Before a student joins Lingostar they take a placement test (STAR) which determines their English proficiency. The software then assigns a level which determines which grade a student would be in if studying in a US program. After joining, students start attending regular sessions which consist of five parts. First the students select and read a book within their level, and then they take a reading comprehension test for the book they read (AR Quiz). After taking the quiz, they discuss the book and hone new skills with a LingoCoach. Lastly, they practice their creativity and writing skills by completing one of the numerous writing templates provided. Students may have extra time which they can use to read on their own or engage in vocabulary games and brain quest activities.

Armine says her 11-year-old son Edgar has a hard time expressing himself in English. “As soon as he went to Lingostar, I could see the extreme differences in his grammar and vocabulary,” said Armine. “I am amazed and very happy to have a stupendous English program in Armenia and would recommend to others who like to have their children improve in English!”
It’s unfortunate that not many people know about Lingostar. Although I have only been volunteering in Armenia for a month now, I have fallen in love with the country even more than before which I didn’t think was possible. Places like Lingostar are proof that Armenia is developing faster than ever. More and more Diasporan Armenians are returning to Armenia to make an impact, like Lingostar CEO Laura Mzikyan. “I never thought I would be living in Yerevan,” she said. “I had the best job in Beijing and loved everything I got to do there. But then I realized that Chinese students had much more educational opportunities and diversity, especially in terms of English acquisition…much more than Armenian students. That’s how my brother David and I decided to move to Yerevan and diversify the way students get to learn English here.”
Lingostar recently reached its 50-student milestone. The program hopes to expand and open several locations starting with one in the heart of Yerevan and then making its way to Gyumri, Vanadzor, Dilijan and soon after go international.

My volunteer efforts with Lingostar have further motivated me to get my master’s degree in elementary education when I return home. I want to become an Armenian teacher. I believe that anyone can teach their students the Armenian alphabet, but not everyone can teach them to love the Armenian alphabet. I want to show the Armenian youth the beauty of our language; I hope that it is something that they want to learn rather than something they have to learn. My ultimate goal is to open my own Western Armenian school in Armenia.
Meghri Dervartanian