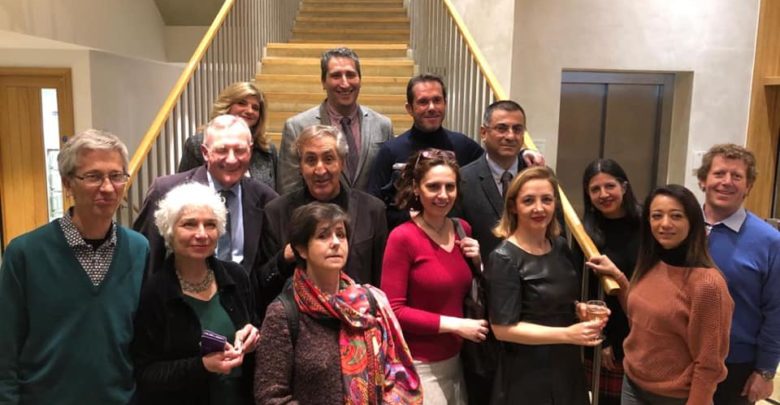 Network for Armenian Genocide Research has been launched at Oxford University.

A concert featuring the Chilingirian quartet, one of the world’s most celebrated ensembles marked the launch of the network at the Pembroke College.

The Network for Armenian Genocide Research hopes to foster new research directions in the study of the Armenian genocide.

It seeks to create a thriving community of researchers at Oxford who study the Armenian genocide in a global context rather than merely in its local Ottoman setting, and whose chronological focus is not confined to the period between 1915 and the end of WWI.

As one of the first of the 20th century’s many genocides, the Armenian genocide provides a unique way into understanding the connective histories of state-sponsored human rights abuses in recent history.

A central aim of the network therefore, is to make the Armenian genocide part of global conversations about human rights, witness and genocide prevention.

The founders hope to collaborate with scholars in Oxford, and across the world, whose research focuses on the Armenian Genocide, human rights, and/or historical dialogue.

The Oxford Network for Armenian Genocide Research was founded by Dr Suzan Meryem Rosita Kalaycı and Professor Theo Maarten van Lint and is based at Pembroke College and TORCH at the University of Oxford.