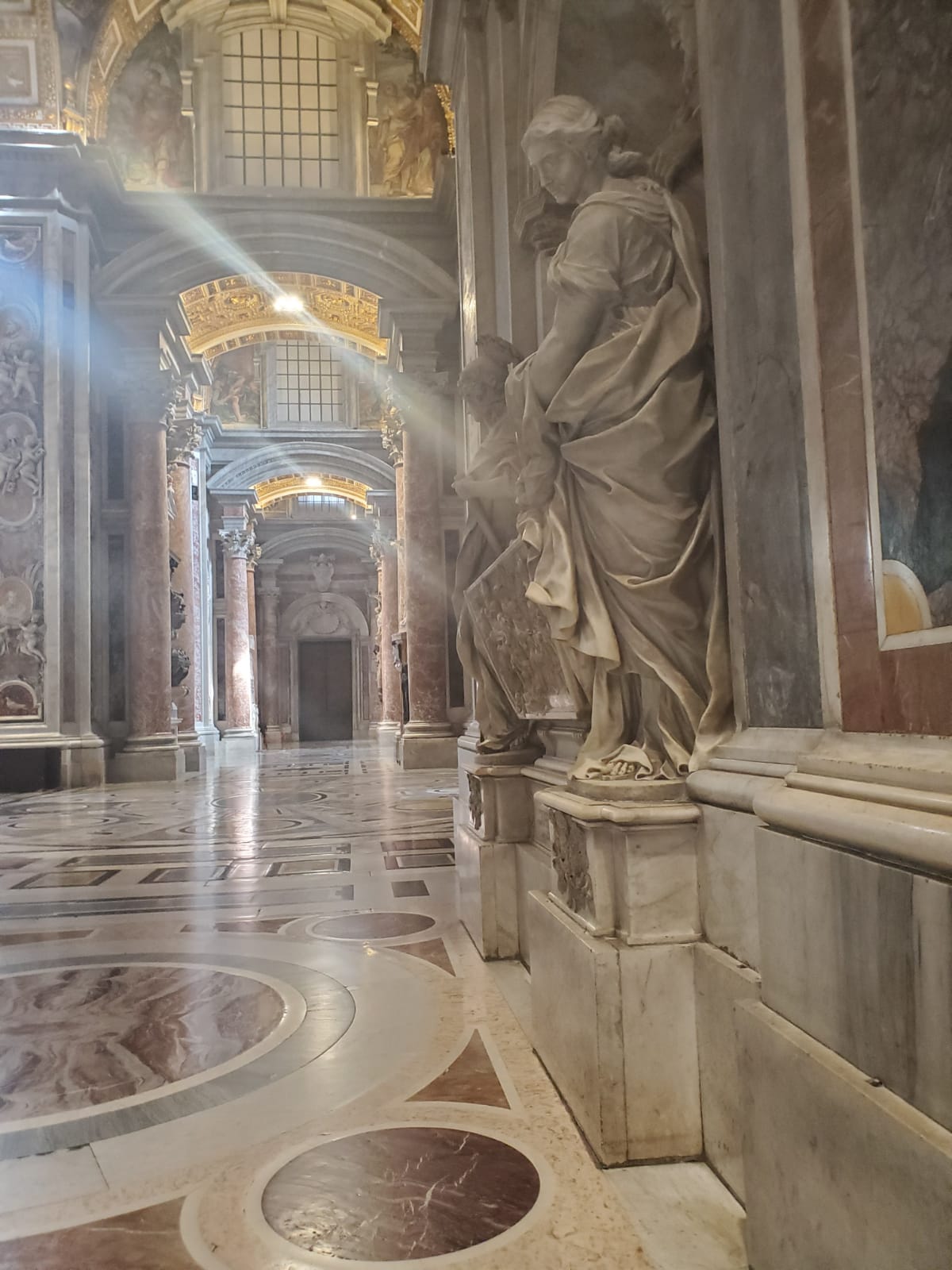 While all of Italy is on lockdown, following a decree signed last night, the Vatican has announced today that St. Peter’s Basilica will be closed to visitors until April 4th.

This is the latest measure taken in response to the spread of the Coronavirus, as Italy is now the worst-hit country, with the second most deaths, after China, where the virus broke out.

Recognizing that fewer faithful, in these weeks before Holy Week, would nor could be in our spiritual home, we thought to share with you a look inside.

ZENIT’s Senior Vatican Correspondent, Deborah Castellano Lubov, was able to enter, as press, St. Peter’s Square and St. Peter’s Basilica in the moments before the Vatican sent out a statement announcing the closures.

A Zenit English translation of the Vatican’s full statement on the additional measures, they announced today and are implementing, can be read in its entirety at the end of the article.

We bring you, and hope you enjoy, her photos and video’s from the Basilica.

Later in the day, it was announced that Cardinal Angelo Comastri, Vicar General for the Vatican City State and President of the Fabbrica of St. Peter’s Basilica, will also lead the faithful–remotely (via streaming on Vatican Media)–in a daily recitation of the Angelus each day this week, other than Sunday.

In recent days, they announced the closures of the Vatican Museums, along with all other Vatican-related museums or exhibits, whether in the Vatican itself, Rome, or Castel Gandolfo.

The Pope himself, in order to discourage crowds gathering, has taken to having his Angelus and General Audience addresses’ made available via streaming. He is doing them privately from his papal library.

Also, his daily morning Masses, at his residence, no longer are welcoming a small group of faithful daily, but are private and being made available to the world via streaming.

Masses are suspended in Italy through April 4th.

Here is a Zenit English translation of the statement of the Holy See Press Office:

In coordination with the measures launched by the Italian Authorities today, some further measures have been adopted geared to avoid the spread of the Coronavirus.

From today’s date, St. Peter’s Square and Basilica will be closed to guided visits and to tourists.

The pharmacy and the supermarket of Annona remain open, but with contingent entrances.

Always from today, by way of precaution, the mobile unit of the Vatican Post in St. Peter’s Square, the two sales points of the Libreria Editrice Vaticana, the Photographic Service of L’Osservatore Romano — which in any case will remain accessible online –, and the clothing store will remain closed.

The table for dependents will be closed to the public from tomorrow, March 11, when, instead, a meal delivery service will be activated, at the request of several realities and entities of the Holy See and of Vatican City State.

The measures will remain in force, unless there are new indications, until April 3, 2020.[Original text: Italian]  [ZENIT’s translation by Virginia M. Forrester]

*All photos in this article are courtesy of Deborah Castellano Lubov

Deborah Castellano Lubov is a Senior Vatican & Rome Correspondent for ZENIT; author of ‘The Other Francis’ (‘L’Altro Francesco’) featuring interviews with those closest to the Pope and preface by Vatican Secretary of State Cardinal Parolin (currently published in 5 languages); Deborah is also NBC & MSNBC Vatican Analyst. She often covers the Pope’s travels abroad, at times from the papal flight, and has done television and radio commentary, including for Vatican Radio and BBC. She is a contributor to National Catholic Register, UK Catholic Herald, Our Sunday Visitor, Inside the Vatican, and other Catholic news outlets. She has also collaborated with the Vatican in various projects, including an internship at the Pontifical Council for Social Communications, and is a collaborator with NBC Universal, NBC News, Euronews, and EWTN. For ‘The Other Francis’: http://www.gracewing.co.uk/page219.html or https://www.amazon.com/Other-Francis-Everything-They-about/dp/0852449348/