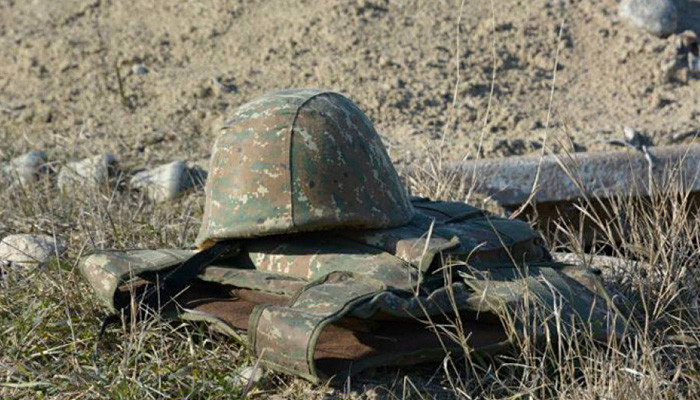 Armenian Soldier Killed at the Border With Azerbaijan

YEREVAN — An Armenian serviceman was killed at the border with Azerbaijan on Tuesday, Armenia’s Ministry of Defense reported.

It said that the incident occurred in the afternoon at the southwestern border with Azerbaijan’s Nakhijevan exclave and that 26-year-old contract soldier Zohrab Simonyan was fatally wounded in the chest after a shot fired from Azerbaijani military positions.

The incident comes days after Armenia and Azerbaijan traded accusations over fresh border fighting that left at least one Azerbaijani soldier killed and one Armenian soldier injured.

On March 6, the Armenian military announced that it had  thwarted an Azerbaijani commando raid on one of its positions along the northeastern section of Armenia’s border with Azerbaijan.

According to the Defense Ministry in Yerevan, an Azerbaijani sabotage unit attacked the outpost but was repelled by Armenian soldiers deployed there, “suffering losses” as a result.

The Armenian Foreign Ministry has issued a statement condemning  Azerbaijan for the deliberate attempts to escalate the situation at the shared border with Armenia.

In the statement the ministry has stressed the need for establishment of international risk reduction mechanisms as an important priority of the  Nagorno Karabakh peace process.

“This is yet another attempt of Azerbaijan to intentionally escalate the situation on the Armenian-Azerbaijani state border: on March 6 Azerbaijani armed forces attempted an infiltration in Tavush region of Armenia,” the Foreign Ministry said.

“Regular attempts by Azerbaijan to escalate the situation on the state border with Armenia, to expand the geography of escalation and refrain from applying the existing mechanisms of de-escalation attest to the deliberate nature of Azerbaijan’s attempts to undermine regional security and peace,” the statement reads.

Such actions, the Ministry said “demonstrate that the establishment of international risk reduction mechanisms is an important priority of the Nagorno Karabakh peace process, and the implementation of agreements reached in that regard is a necessary condition for the advancement of the peace process.