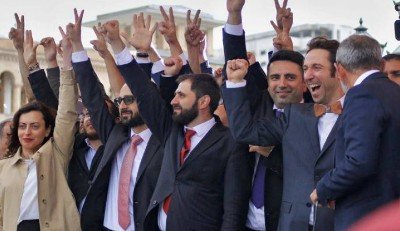 YEREVAN. – Zhoghovurd daily of Armenia writes: According to the information Zhoghovurd daily has received, the representatives of the authorities have ordered that the MPs from the NA [majority] My Step faction, the members of the [ruling Civil Contract] CC [party] should take to the streets as of this morning and start an active campaign in connection with the referendum on constitutional amendments.

According to our information, all lawmakers living in Yerevan are instructed to walk around the courtyards having posters and leaflets campaigning YES in their hands.

That is to say, the authorities, in fact, will be engaged in active campaigning from today.

The CC members will be active these days in the provinces, too, and the legislators elected from the province will have daily meetings. And next week, Armenian Prime Minister Nikol Pashinyan, who will tour the provinces, will also carry out active campaigning.

Our sources report that 10 days before the referendum, the authorities intend to concentrate all their forces on the referendum work to have an unprecedented outcome after so many discussions