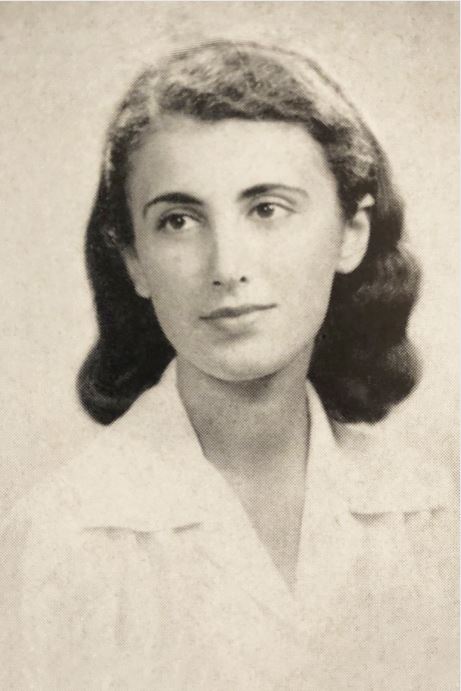 Sonia Shiragian Blackwell passed away at McLeod Hospice House on March 3, 2020, with her loving family by her side. She was born in New York, NY on February 22, 1928, the daughter of Kayane Ghazarian Shiragian and Arshavir Shiragian.
She grew up as a first-generation Armenian immigrant in Washington Heights, before it became famous as “The Heights.” She enjoyed an idyllic childhood, roaming her beloved Upper Manhattan with cousins and friends, exploring Fort Tryon Park and the Cloisters, roller skating everywhere, including to the corner store for a nickel ice cream treat.
After graduating from The Barnard School for Girls and earning the first place Latin Prize in the entire New York City school system, she attended Smith College and graduated in 1949 with a bachelor’s degree in philosophy. Her vocational passion was writing, and she worked for The Bergen Record (NJ) newspaper for several years after college where she was nominated for a Pulitzer Prize. She always downplayed the nomination, stating plainly that “everyone is nominated.” She also worked as an Armenian language translator at the United Nations and published a short story in The New Yorker magazine about being Armenian in America. She helped her father Arshavir Shiragian write and translate his memoirs, The Legacy, about his role in avenging the Armenian Genocide, which was published in 1976.
In the early 1960s, she moved to Washington, DC to work with the senator from New Jersey. There she met and married Frederick Blackwell, her loving husband of 53 years, and with whom she started her third, and most fulfilling chapter: mother and grandmother, where her extraordinary goodness, compassion, brilliance and wry humor were always on display.
She was preceded in death by her parents, her husband and a beloved cousin, Robert Pehlivanian, who was like a brother to her. She is survived by her son Dr. Arshavir Blackwell of West Hollywood, CA; her daughter Elizabeth Blackwell Poston (Britt) of Florence, SC; and her daughter Pinky Blackwell Verma (Richard) of Bethesda, MD. She is also survived by cousins, again as precious to her as siblings: Vasken (Karen) Minassian of Bradenton, FL; John (Joanne) Pehlivanian of Bay Head, NJ; and Christine (Dr. Robert) Shamsey, of Sarasota, FL. Additionally, and to her the most treasured, she is survived by her five grandchildren, whom she adored and nurtured so well, and who in turn adored her: Colby and Cooper Poston and Zoe, Lucy and Dylan Verma.
In lieu of flowers, the family suggests donations to the Armenian General Benevolent Union (AGBU) or to an animal charity of one’s choice to honor her lifelong love of animals. The family would like to express their gratitude for the dedicated and loving care provided by her health care assistants, Jeanette and Amanda, who helped her maintain a wonderful quality of life for many years.
Guest Contributor