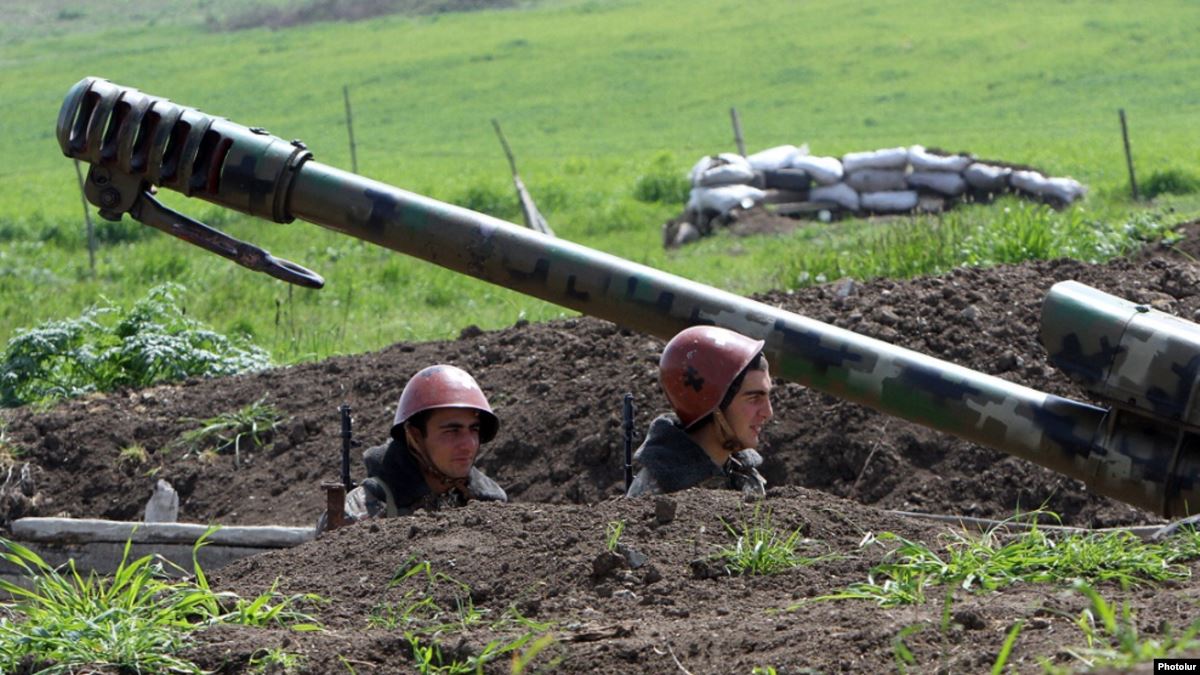 YEREVAN/BAKU — Armenia and Azerbaijan have accused each other of violating the fragile cease-fire along their border for a second time in less than two weeks.
The State Border Service of Azerbaijan said on March 6 that one of its guards was killed by sniper fire in the Gazakh district late the previous day.
Meanwhile, Armenia’s Defense Ministry said its soldiers repelled an Azerbaijani commando raid against Armenian military positions early on March 6.
Armenian forces managed to repulse the attack, inflicting “casualties” on the attackers, according to a statement.
It also said that one Armenian soldier was slightly wounded in the fighting.
The Defense Ministry published on its website photographs of ammunition and a mine detector, which it claimed the attackers left behind while retreating.
Border fighting in the same area on February 24 left one Azerbaijani soldier killed and one Armenian serviceman wounded, according to Yerevan and Baku.
The two neighbors have been locked in a conflict over Azerbaijan’s breakaway region of Nagorno-Karabakh for years.
Armenian-backed separatists seized the mainly Armenian-populated region from Azerbaijan during a war in the early 1990s that killed some 30,000 people.
Diplomatic efforts to settle the conflict have brought little progress.