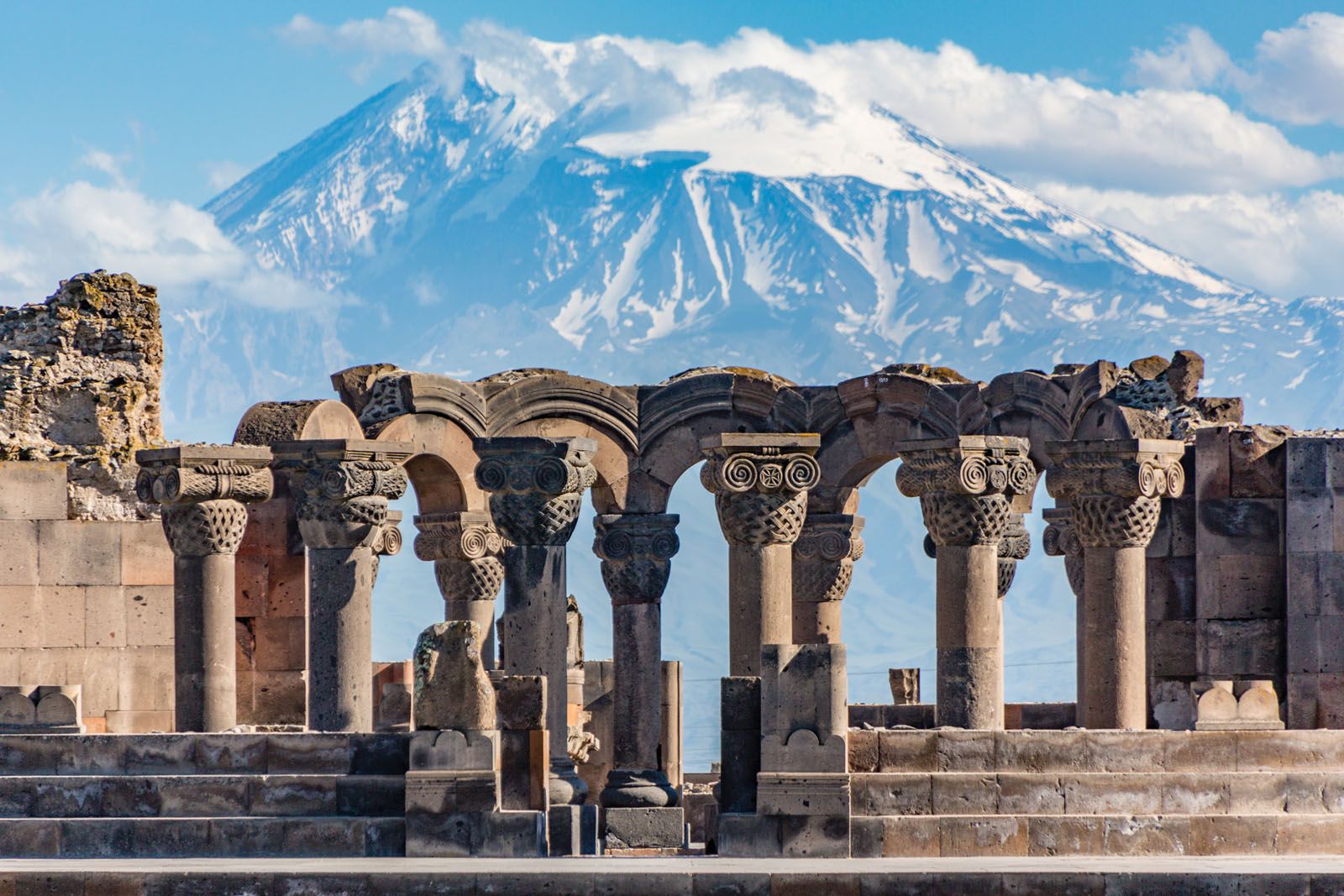 Unlocking Armenia, The Travel Insider’s Destination To Visit In 2020

Mountains, monasteries and a whole lot of mystery await in Armenia, a must-visit this year

There are a few elements that need to come together for a destination to rise in collective travellers’ consciousness, and that build-up has been happening to Armenia. The success of neighbouring Georgia put the spotlight on the entire Caucasus region, an area that also spans Armenia, Azerbaijan and Russia and considered the natural boundary between Europe and Asia.

Still relatively unexplored, the region offers an interesting blend of East-meets-West delights—rich history, gorgeous scenery, novel cuisine, and lots of adventure—without the swarm of tourists. That it ticks all the boxes speaks of its immense appeal, meaning it won’t be long until it floods your Instagram feed. In the case of Armenia, it has already been featured on Kim Kardashian’s account, who visited the country in October 2019 to baptise her children and get to know her Armenian heritage better.

To get a taste of the region, we travelled on Scott Dunn’s 8-day Essential Georgia & Armeniaitinerary, which traverses the dynamic cities of Yerevan and Tbilisi as well as the picturesque passes of the Caucasus Mountain range.

We began our trip in Armenia’s capital, Yerevan, a city surrounded by Mount Aragat and Mount Ararat—the latter an important symbol for the Armenians far and wide. Lined with pastel-hued buildings mostly made out of tuff (a volcanic stone available in a range of colours from pink to purple), it has a dynamic cityscape that looks straight out of a Wes Anderson filmone minute then from a Soviet-era playbook the next.

The myriad architectural styles are remnants of Yerevan’s long history, which is one of the oldest cities in the world at 2801 years. While it appears like a haphazard mix on the surface, it is actually well thought out thanks to architect Alexander Tamanian. The mastermind behind Yerevan’s urban planning, he is credited for modernising the capital in the 1920s; he even made sure the Neoclassical buildings he built overlook the majestic Mount Ararat.

With streets radiating like the sun from the glorious Republic Square, Yerevan is designed for flânerie. We enjoyed a pleasant walk through Vernissage, a weekend market teeming with local crafts (silversmithing is a particular strength) and Cascade, an open-air promenade full of public art, fascinating fountains, as well as buzzing restaurants and bars.

The city also has an up-and-coming food scene that largely features the local bounty. We enjoyed supremely made lavash, a staple on the Armenian table, with local cheese and a wide variety of salads featuring organic herbs and greens. The healthy spread is best enjoyed with crisp Armenian water, streaming down from the mountains. The high quality of water is the basis of one of the country’s biggest exports—brandy.

To truly experience Armenia’s deep history, however, one must venture outside the city to see the ancient temples, churches and monasteries dotting the country. Just a 40-minute drive from Yerevan is the Temple of Garni, the sole standing pagan temple set against a spectacular mountain range.

Travelling through the green and golden landscape, we reached Geghard Monastery, a 13th-century structure stunningly carved out of a rock formation. As we entered the dimly lit structure—darkness is a typical feature of many Armenian churches and monasteries—we witnessed a capella singers perform Armenian songs, adding solemnity to the visit.

We also drove past hairpin roads with views of snow-capped mountains towards Sanahin Monastery and Haghpat Monastery, neighbouring Unesco Heritage Sites dating back to the 10th century. Embraced by mountains on all sides, which at the time of our visit was lush with autumn foliage, the location alone of these sacred sites exude calm and serenity. A moment of peace and solitude—isn’t that what we’re all searching for when we escape the daily grind?