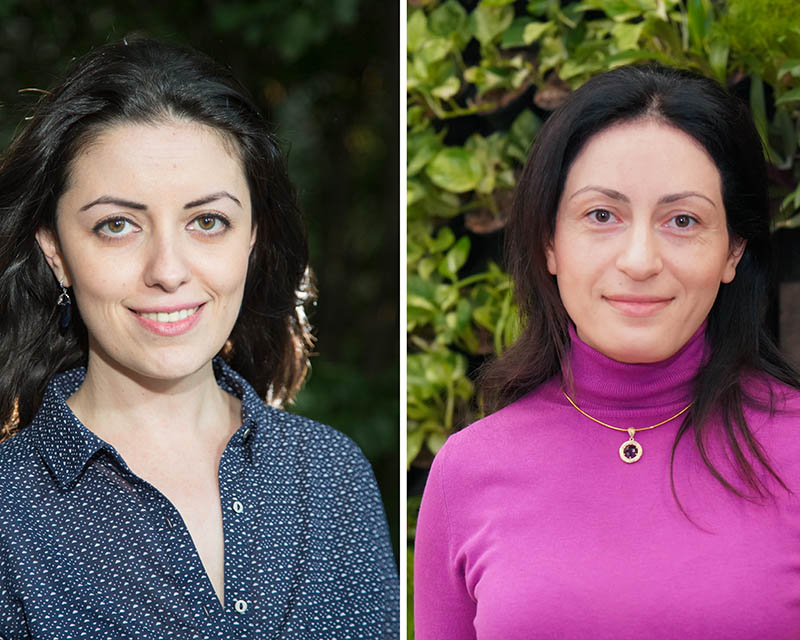 Asya Darbinyan with a research project Armenian Refugees of the War and Genocide and Russian Imperial Humanitarianism and a team of scholars led by American University of Armenia associate professor Knar Khachatryan with their project Urbanization and Socioeconomic Development in Armenia: A Throwback to More Than One Century, were named the new recipients of the Vartan Gregorian Scholarship (Research Grants) Program.
“This is the second phase of the scholarship program, and I would like to note that we have had very interesting research projects submitted. In academic research, it’s all about quality, not quantity: this is the motto we rely on while selecting the best two proposals. Year after year, a growing number of Vartan Gregorian scholarship recipients will help create of new community of scholars involved in the Armenian studies, and this is very good news for all of us,” said Hayk Demoyan, Vartan Gregorian Scholarship Selection Board Member.
Darbinyan is a postdoctoral fellow for Holocaust and Genocide Studies at Stockton University. With the support of the scholarship, she will complete her study of Armenian refugees of the Great War and the Armenian Genocide exposing the role of Russian Imperial Humanitarianism during that period.
“This scholarship will provide me with a special opportunity to bring to a successful completion the research and analysis of the extensive, yet understudied, sources on this important aspect of Armenian history and the history of humanitarianism. Considering the financial difficulties emerging scholars have to face, it will be a huge support for my project and for the continuous research in the field of Armenian studies,” says Darbinyan.
The second recipient—a group of young scholars, Aleksandr Grigoryan, Anna Ohanyan, Ara Sanjian led by Knar Khachatryan, Associate Professor at American University of Armenia—will produce a unique systematic study of urbanization and economic history of Armenia.
“We will explore the long-term effects of historic events on urbanization and its impact on the country’s economic and social development. Our research will focus on providing evidence of the disproportional regional development of the Armenian economy over the period of 1900-2015. This scholarship will give us an opportunity to undertake a quality scholarly research on a high priority area for the Armenian economic and social development,” explained Khachatryan.
Aurora announced the Vartan Gregorian Scholarship (Research Grants) Program in the fall of 2018 to support early-career scholars and researchers studying unexplored questions of the 20th century history of Armenia. The annual scholarship program awards up to $30,000 in grants to Armenian researchers under the age of 40 from Armenia and abroad. A total of 29 applications from Armenia, Russia, Georgia, Japan, France, Germany, USA and Canada were submitted for the current phase of the Scholarship Program.
All applications are reviewed and evaluated by the Selection Board comprised of prominent scholars: George Bournoutian, Senior Professor of History, Iona College; Hayk Demoyan, Doctor of Historical Sciences; Hasmik Khalapyan, Lecturer, American University of Armenia; Ronald G. Suny, William H. Sewell Jr. Distinguished University Professor of History, the University of Michigan, and Emeritus Professor of Political Science and History, the University of Chicago; Hratch Tchilingirian, Associate Faculty Member of Faculty of Oriental Studies, University of Oxford.
Guest Contributor