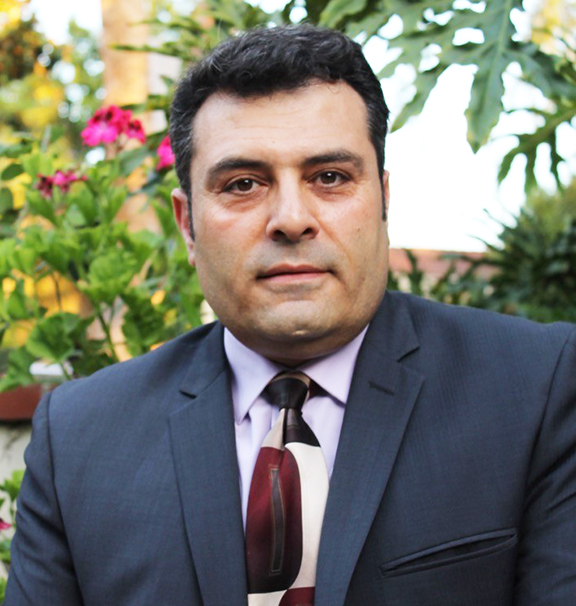 It Is Time for The Good, The Bad and The Ugly

In the past few months there were some major developments in the Republic of Armenia that require evaluations. The government of Prime Minister Pashinyan has been successful to slow down the immigration, keep an eye on corruption, and maintain a reasonable hope in the Armenian people both in the Republic and the diaspora.

So, let’s begin with “THE GOOD.” Overall, since no miracle was anticipated, the general affairs in the Republic have remained the same and have not gotten worse, a positive situation compared to the previous regime. A few important and required steps have been taken, most notably, the increase in the minimum wage. A long overdue increase in minimum wage gave the workers in Armenia a partial relief. Although majority of the workers in the country had higher wages than the previous minimum wage this increase made it official that the employers cannot abuse their workers and will have to pay according to the law. Also, a small increase in newborn baby assistance was a positive step and hopefully will not be the last one.

Construction of new roads have also been a positive step, despite the fact that some may argue that the construction of new roads is the government’s responsibility. In that sense, prime minister Pashinyan’s government has been responsible. Lastly, the reduction in apparent corruption, which was widespread in the former government’s time, is admirable. We all know that rooting out corruption is a long term process and cannot happen overnight. Fortunately, the Armenian government has been able to create an environment in the country that has been discouraging to the corrupt officials, maintaining hope that the country is on the right track to minimize corruption.

Well, not all has been good, there has also been “THE BAD.” Prime minister Pashinyan promised us during the velvet revolution that there will be national unity such that the national values and the will of the Armenian people will guide the government’s policy. However, some recent actions by his cabinet members have broken that promise. Let’s begin with the education minister’s order to remove the requirement for certain courses in the higher educational institutions to be taught in Armenian. Regardless of what the education minister’s intents were, this move was wrong. In a time that our national values and culture, including the Armenian language, has to be given the utmost attention we cannot afford any move to weaken them.

We, in Glendale, have worked hard to create an Armenian flag program, which is supported by the Glendale Unified School District (GUSD). Learning the regular school subjects such as math, science, social studies, and others are neither required nor enforced in America, yet a local government in a small city in the United States is providing it for its citizens. It is absurd to see the education minister of the Republic of Armenia work diligently to remove the Armenian language requirement from the higher education curriculum. Any attempt to weaken and discredit the Armenian language in any shape or form is wrong and bad for the Republic and the Armenians in the diaspora. It is against preserving and strengthening the national values and unity.

The second bad decision that was recently made by the health minister of PM Pashinyan’s government was to close labor and delivery/childbirth units in some villages, especially the one in the border village of Achajour (Աչաջուր) in Tavoosh. The brave people of Achajour, who live under Azerbaijan’s direct fire, did not deserve to see that the only labor and delivery/childbirth unit in their village, that also served the neighboring villages, to be closed. The health minister’s reason for closing their labor and delivery unit was citing its substandard conditions, which seems to be a very logical reason for a government official who lives in Yerevan. But to me, as a healthcare executive and strategist, is short-cited and childish (and I suffice with these two words). The health minister needs to learn that strategies are not planned in offices, they are planned in Gemba, the Japanese word for “the actual place,” this is a Lean term for implementing continuous improvements.

Citing lack of European standards for a labor and delivery unit in a border village in Armenia is not only absurd but is also dangerous. We all know that this unit does not meet the international standards, that is no news, what we need to do is to bring it up to those standards. Providing the best childbirth center for a border village is the correct strategy, not closing it. There is often exchange of fire between Azeris and Armenian forces in Achajour, the Azeri forces also shoot at the boarder villages, especially at nights. The sound of a single gunshot can trigger any pregnant women to go into labor who now has to wait hours to be transferred to a much farther childbirth center to have her child. I recommend that the health minister reverses his decision and start a project to upgrade the childbirth center in Achajour with advanced equipment and proper staffing. This is not just a healthcare decision it impacts national security as well.

Now let’s talk about “THE UGLY.” Recently different elements in the government and national assembly have increased their criticism of patriotism and nationalism in the country. Most notably, the relentless attacks on the Armenian Revolutionary Federation and its members, who have been a symbol of patriotism and nationalism for over a century. A month or so ago the ARF youth organizations requested the resignation of the education minister for his unpatriotic decisions.

Prime minister Pashinyan went to the national assembly and expressed his discontent with that move. I watched his presentation on the TV, and to my surprise, he made some bold comments about the ARF without actually naming it. Prime minister Pashinyan said if this party wants to have a future in the country, they should stop acting like this, which means stop criticizing my government. I am forced to say that the future of the political parties in a given democratic country is decided by the people. Democratically elected leaders don’t decide the future of the other political parties, the dictators do.

Prime minister also gave an example, which included a chu-chu train to take that political party away. Here, too, I am forced to remind him, since he forgets, that with the exception of the ARF, tens of different political parties have been created in Armenia (some overnight) and have disappeared almost as fast as they were created, like spring flowers. Also, whenever the ARF criticizes the government’s inappropriate moves the prime minister quickly reminds all that the ARF was collaborating with the previous corrupt regime to cast a shadow on their criticisms. Ironically, the prime minister was an acquaintance to the leader of the first corrupt regime in Armenia, namely Levon Ter-Petrosian. I suggest that the prime minister finds another argument since this one is getting old.

The ARF has a new leadership and a new set of principles and policies in Armenia. The prime minister’s attempts to discredit the ARF in Armenia has created a dangerous environment such that many ARF members in the government have been fired from their jobs with no reason or have been forced to quit. This systematic attempt to weaken the ARF ranks through putting economic pressure on its members is pathetic and a remnant of the previous regimes. It is a shame to do the same while the prime minister takes pride in being different from his predecessors. Another example is when a national assembly member allowed himself to call the ARF, an assassin group. Armenians don’t call the ARF assassins, the Turks do. On the contrary, the Armenians see the ARF as the most organized, influential, and patriotic party.

Also, some government officials in Armenia have tried to show that the ARF in Armenia is different than the ARF in the other parts of the world such as the Western US, a divide and conquer attempt. This ridiculous idea cannot be taken seriously by anyone. The very existence of the ARF is predicated upon its worldwide unity, please read the history of the ARF. In fact, just a few weeks ago the leader of the supreme council of the ARF in Armenia was warmly welcomed by hundreds of party members in the Western US, showing their unconditional support for the party’s new leadership. Therefore, the Armenian government has to stop weakening patriotism and nationalism in the country and limit promoting neoliberal ideologies. In a country sandwiched between two vicious enemies, landlocked, and with limited resources only patriotic and nationalistic ideologies should be promoted.

The Armenian people are patriotic and have proved it several times in the last century, it is the moral and ethical duty of the government to choose the best ways to guarantee the national security of the country. The ARF has been an undisputed champion of patriotism and nationalistic ideologies and its members have sworn to serve the Armenian people and the country. I urge the prime minister to restrict the unpatriotic rhetoric and actions and to find ways to create the national unity. An all-inclusive, patriotic, and thoughtful approach will not only strengthen Armenia’s statehood, it will also prepare a new generation of young Armenians who will guarantee the future of the country.