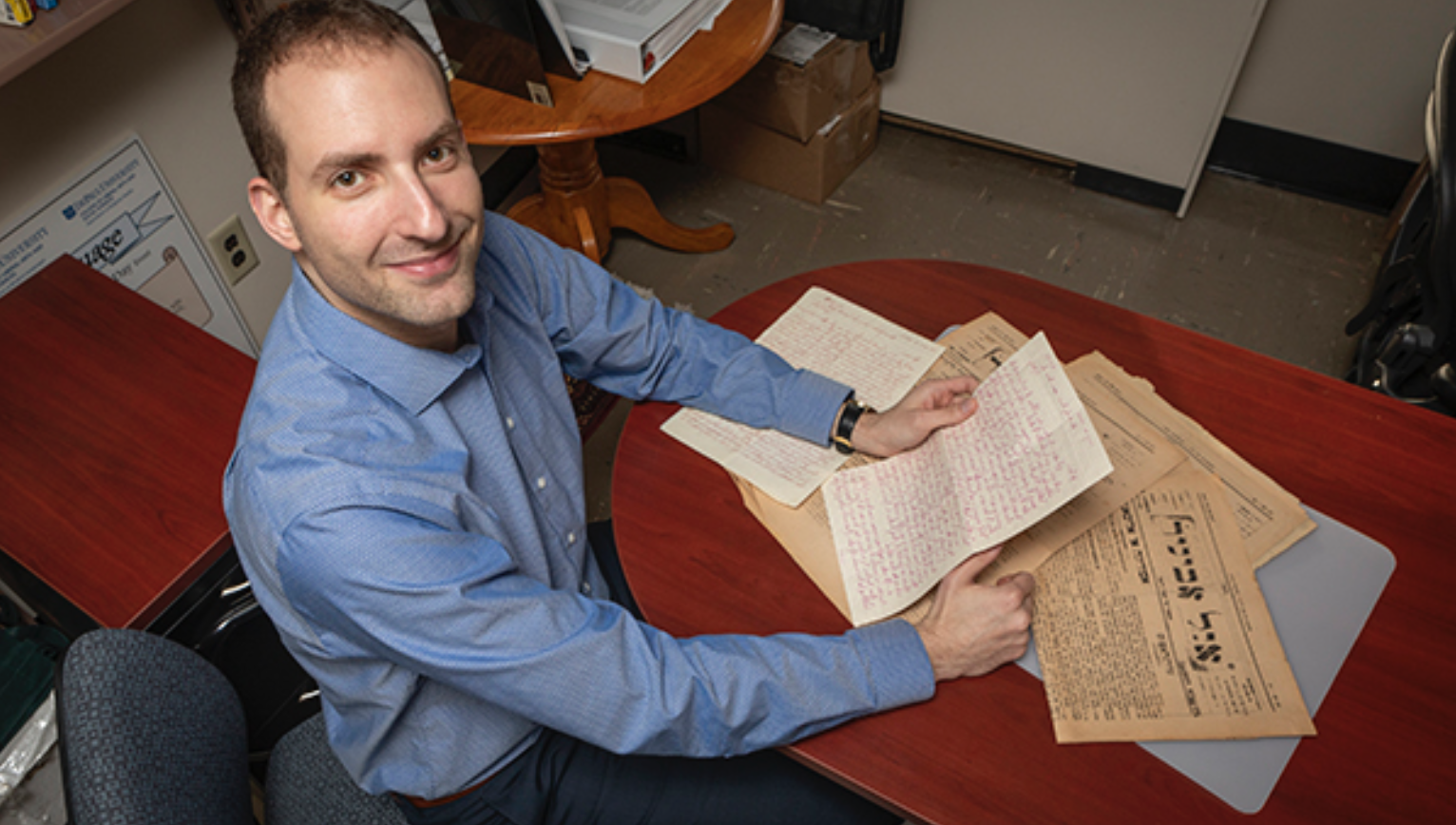 For Bryan Kirschen, Ladino is more than a language he researches — it’s a living entity with a history.

Ladino can be traced as far back as the 15th century. When the Sephardic Jews, Jewish people from the Iberian Peninsula, were expelled from their homeland, they fled to the Ottoman Empire. There, their languages were in contact with one another and resulted in Ladino — a mixture of Spanish, Portuguese, Hebrew and Turkish, among other languages.

Today, people from all walks of life have created communities to preserve the Ladino language. One of them is the Israeli National Authority of Ladino and Its Culture. Kirschen serves as director of its international delegation of Shadarim. Every year, the Shardim delegation meets to discuss prevalent issues related to the language across communities.

“We are the stakeholders and the leaders in our respective communities,” Kirschen said. “Learning from each other and collaborating, cooperating, is going to be important to bring the Ladino language to the next level.”

Among the many efforts to save Ladino is the International Day of Ladino in New York City, an annual event that brings heritage speakers together. In January 2020, Kirschen co-organized the event with Jane Mushabac, professor at New York City College of Technology.

This year, Kirschen also moderated a discussion with a group of 20- to 30-year-olds who are doing their part to preserve the language.

“The energy in the room is always inspiring; it breathes new life into the language,” said Kirschen. “Seeing hundreds of people come together to celebrate the past, present and future of Ladino shows that the efforts we are undertaking to preserve this language matter.”

Kirschen said that the surge of interest in Ladino is due, in part, to the resources people find on the internet.

To help spread awareness of the language, Kirschen and his research assistant, Nathan Gross, launched the website Documenting Judeo-Spanish in Solitreo.

“This site will be an invaluable tool to anyone looking into learning the Ladino language,” said Gross, a junior double majoring in linguistics and urban planning. “Even if the Ladino language dies out, this website will allow people to easily access materials written in the language with clear translations and explanations of those documents, and explanations of how the script works.”

The website features ledgers, postcards, community correspondence and plays, most of which are in Solitreo, the nearly-extinct cursive writing of the Sephardim based on the Hebrew alphabet. The documents are in their original form, along with a word-by-word transcription and translation.

“What is at stake is our ability to read materials in Ladino that shed light on the lives of Sephardim with each other and with others here and abroad,” Kirschen said.

“Users [of the website] can download and install it on their computers/laptops as both a pedagogical tool and a way to use the font in the digital world,” Kirschen said.

Most Ladino speakers are septuagenarians and older. Kirschen said that it is crucial to take strides in preserving Ladino before access to the history that comes with it is lost.

“While many speakers feel that it is too late to foster new generations of fluent speakers of the language, preservation can continue to pass down sayings, songs, folklore and traditions from one generation to the next,” Kirschen said. “As long as there are speakers with us today, their voices can — and will — still be heard.”