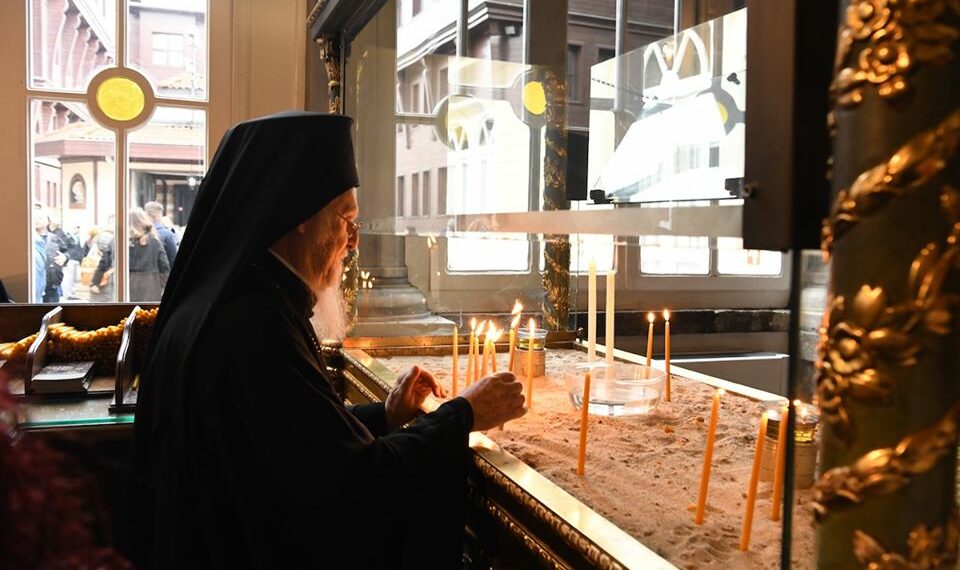 Ecumenical Patriarch expressed gratitude to the Lord for his 80th birthday

Ecumenical Patriarch Bartholomew expressed his gratitude to the Lord for his 80th birthday and for all the gifts he has been given all those years.

Moreover, he presided over the “Vespers of Forgiveness”, on Saturday, February 29, at the Patriarchal Cathedral of Saint Georgios. “We pray in order to express our gratitude and to venerate the Lord. Everything belongs to Him: the gift of life was given to me 80 years ago. He also offered me Imbros, which is my birthplace and my homeland,” he said in his homily.

In addition, the Ecumenical Patriarch referred to the time, when he became Ecumenical Patriarch of Constantinople, in 1991, and succeeded Patriarch Demetrios, which was an event that marked a turning point in his life. He also made a special reference to the Orthodox Church of Ukraine to which he granted autocephaly. He stressed that he would continue to work hard in the interest of the Church as long as he had life within him. “We venerate the Lord and we thank Him for the autocephalous Orthodox Church of Ukraine. This decision made life easier for many Orthodox Christians, reminded the heavy responsibility that lies on the Ecumenical Patriarchate and highlighted the sacred rules and regulations formulated by the Holy Synod, which have existed for centuries,” he concluded.

Finally, the Ecumenical Patriarch thanked all those, who came to pray with him and to express their best wishes for his birthday.