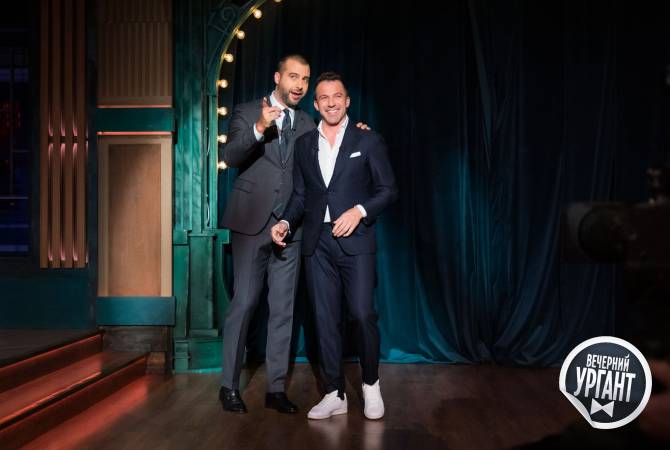 YEREVAN, FEBRUARY 29, ARMENPRESS. Italian soccer star Alessandro Del Piero briefly made headlines in Armenia on February 27 when he revealed that he was in Yerevan.

The press began wondering why the Juventus legend arrived on the unannounced trip. But shortly afterwards, it was said that Del Piero was simply on transit on his way to Russia.

In Russia, Del Piero has talked about the few hours that he spent in the Armenian capital.

“We had a deal to get the Russia visa at the Milan consulate, but I couldn’t get it because of the coronavirus outbreak in northern Italy. That’s why we decided to come to Moscow by another way, through Yerevan, by getting a Russian visa in Armenia. I was hosted there very well, simply amazing,” Del Piero said at the Evening Urgant late-night talk show.

“Yeah, they are [good at that]. We are happy that you made it here, you could’ve stayed in Armenia”, the talk show host Ivan Urgant told Del Piero, referring to the well-known Armenian hospitality.