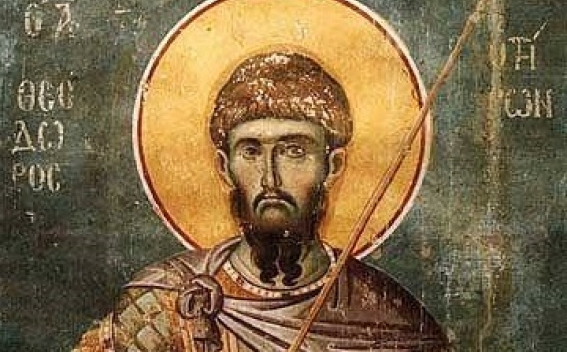 Commemoration of St. Theodoros the Captain

St. Theodoros the Captain is a Saint recognized by all traditional churches of Christendom.  The Armenian Church commemorates this Saint on the first Saturday during the period of Great Lent.

According to hagiographers, St. Theodoros was born to God-fearing and pious parents in the village of Saroo, near the town of Amasia.  He was a soldier in the Roman Army, and rose through the ranks, eventually becoming a Captain.

In the beginning of the fourth century, Rome was under the rule of the Emperor Diocletian.  Instead of worshipping at the temple of the pagan goddess Rea, as he had been instructed to, St. Theodoros burns the temple to the ground, thus demonstrating that pagan idols were false. For this act, Diocletian imprisons St. Theodoros, and he suffers severe tortures.  In the year 306 A.D., he is martyred by being set on fire.

St. Theodoros is also known as the “Slayer of the Dragon”, as he was said to have defeated a great and mighty dragon due to his courage and faith, Qahana.am informs.