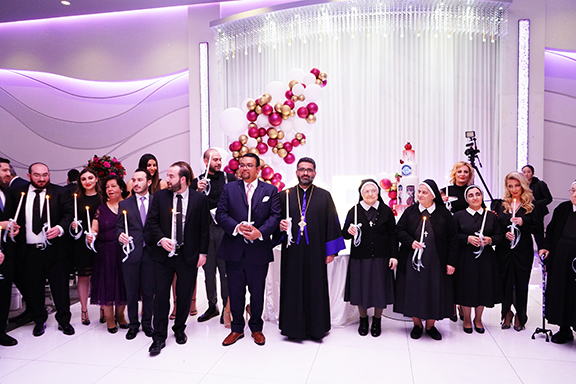 The Armenian Sisters Academy celebrated its 35th anniversary on February 9. The gala ceremony was held at Metropol Banquet Hall, with a live performance by Tigran Asatryan.

The ceremony started with prayer and National Anthems for both Armenia and the United States of America. After Most Rev. Barsegh blessed the tables, the honored guests shared their thoughts and cordial wishes. Although Congressman Adam Schiff was unable to attend, he sent a kind video message with congratulations for ASA’s anniversary. Class of 2000 alumnus Dr. Raffi Kotoyan spoke on behalf of the alumni with a message of appreciation for ASA’s impact on his personal educational journey.

Armenian Sisters’ Academy also made sure to honor the teachers who have dedicated their lives to the Academy for more than 20 years, among them Sister Aguiline, member of the Armenian Sisters of the Immaculate Conception.

It is our hope that the Armenian Sisters’ Academy continues its dedication to the Armenian community, keeping the language, culture, and the religion that guides our spirit alive. May God bless the Academy.