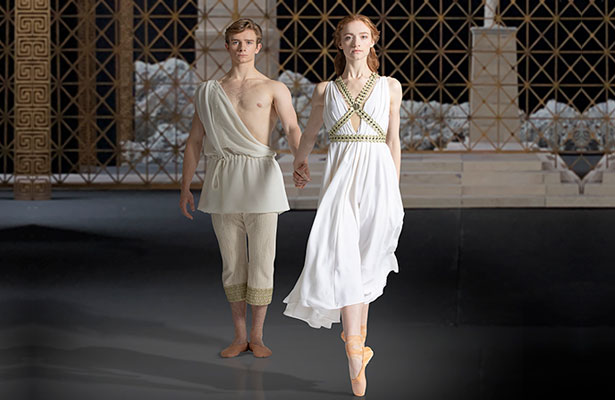 Khachaturian Music to be Performed by American Ballet in World Premiere

NEW YORK — The American Ballet Theatre, the country’s national ballet company, will be celebrating its 80th anniversary in the new year. This milestone will be marked by several special programs including the world premiere of “Of Love and Rage,” a full-length ballet by Alexei Ratmansky, American Ballet Theatre’s artist-in-residence and MacArthur “Genius Grant” Award Winner.

Alexei Ratmansky chose the music for “Of Love and Rage” from sweeping works by the famed Armenian composer Aram Khachaturian. One of the most prominent composers of the Soviet era (along with Dmitri Shostakovich and Sergei Prokofiev), Khachaturian is widely recognized for his work on the Sabre Dance from the ballet “Gayaneh” and is also known for creating the score for Spartacus, one of the great classics of the Bolshoi Ballet that is beloved for its pounding score and soaring harmonies. Alexei has huge respect and love for Khachaturian and he shared recently that he always wanted to make a ballet set to his music. Khachaturian’s vibrant and energetic music, which propels the choreography, has been arranged for this production by renowned British composer and pianist Philip Feeney.

Based on the first century historical romance novel Callirhoe by Chariton, “Of Love and Rage” tells the epic story of star-crossed lovers Callirhoe and Chaereas in ancient Greece. The set and costumes are designed by distinguished French artist Jean-Marc Puissant.

“Of Love and Rage,” Ratmansky’s 17th work for American Ballet Theatre, will have its World Premiere on March 5, at Segerstrom Center for the Arts in Costa Mesa, Calif.

The ballet will have its New York Premiere on June 2, at the Metropolitan Opera House at Lincoln Center, an excerpt will be featured at ABT’s 80th Anniversary Spring Gala on May 18, 2020.

Tickets may be purchased by going to https://www.scfta.org/events/2020/american-ballet-theatre