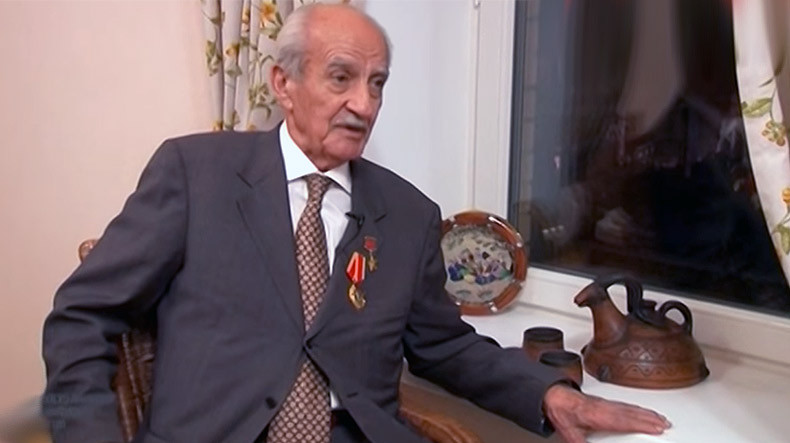 A book about legendary Soviet spy of Armenian descent Gevork Vartanian has been presented in Russia.

The book entitled “Agent That Outsmarted Abwehr” is the first one in the series of books dedicated to the 100th anniversary of the Russian foreign intelligence, TASS reported.

Rostov-on-Don resident Khachik Khutlubyan, the author of the book, said that he had received a proposal to write the book from spokesman for Russia’s Foreign Intelligence Service Sergei Ivanov.

“His grandfather moved to Russia from Iran. Gevork himself was born in Don-on-Rostov. He often visited this place in the last years of his life. I knew him in person. I was always amazed at his gallantry not so typical of us, his accessibility, ease of communication and wit,” the author said.

Gevork Vartanian was famous for foiling a Nazi plot to kill the three Allied leaders – Stalin, Roosevelt and Churchill – in Tehran during World War II.

Vartanian became an intelligence agent at the age of 16 when he headed a special group assigned to identify Nazi spies in Iran.

His group provided security for the three leaders during the Tehran summit held in November-December 1943 and carried out a successful operation to disrupt an assassination plot against them.

For more than 45 years Vartanian and his wife conducted a large number of intelligence operations in various countries. The couple continued to work for Soviet intelligence till the early 1990s.