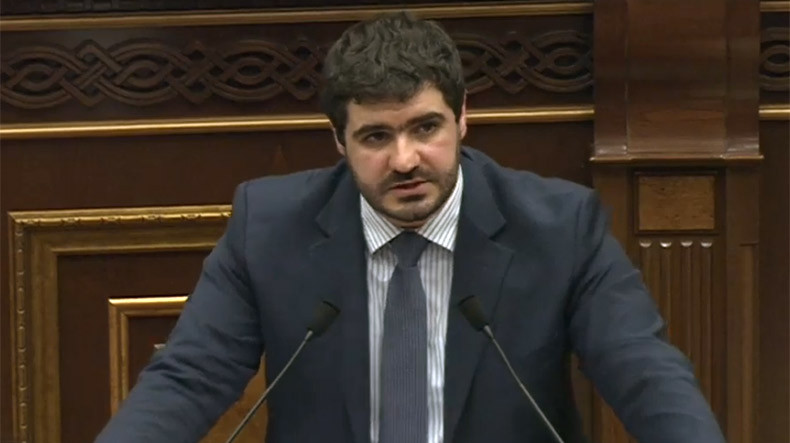 In 2018, the number of Armenian citizens seeking asylum for the first time in all EU member states dropped by 30%, Arman Yeghoyan, Chairman of the National Assembly Standing Committee on European Integration, said during the parliamentary hearings on the implementation of the EU-Armenia Comprehensive and Enhanced Partnership Agreement (CEPA) on Wedneday.

The figures, according to Yeghoyan, reassure that the EU will soon agree to launch a visa liberalization dialogue with Armenia.

“The number of asylum seekers in the European Union has fallen by 30 percent for two years in a row,” Yeghoyan said, adding that the number of travelers has not changed, moreover, the number of multiple visas has increased by 8 percent.

The lawmaker concluded the topic of visa liberalization in a poetic way, as he put it. “These numbers show that Europe is not a stop or a refuge, but Europe is a path we all are following,” he said.

During the parliamentary hearings EU Ambassador to Armenia Andrea Wiktorin also touched upon the issue, saying that visa liberalization requires the consent of the 27 EU member states and expressing hope that the issue will be resolved sson.