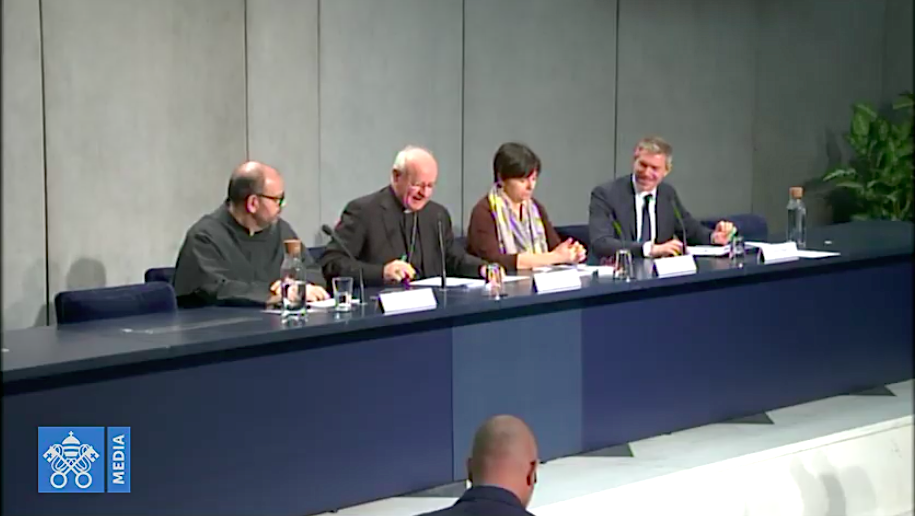 Artificial Intelligence: The Pontifical Academy for Life Will Seek the ‘Good Algorithm’

From February 26-28, 2020, the Pontifical Academy for Life will dedicate its annual Assembly to Artificial Intelligence in three realms: Ethics, Law, and Health. The “Good Algorithm” workshop was presented this morning in the Holy See Press Office.

Monsignor Vincenzo Paglia, President of the Pontifical Academy for Life, pointed out that “a strong moral ambition” is necessary “to humanize technology and not technologize the human” –, announcing in a particular way the event with which the meeting will close on Friday, February 28, during which the “Rome

“Rome Calls” for the Ethics of Artificial Intelligence is not an official text of the Academy, said Bishop Paglia, but a “document of shared commitments, proposed by us,” in which “some commitments are formulated, basically linked to three chapters: Ethics, Law

The Academy’s President clarified that the digital innovation “in fact, touches all aspects of life, both personal as well as social; it affects the way we understand not only the world but also ourselves.”

Taking part as interlocutors in the event, to be held from Wednesday to Friday in the Synod’s New Hall, are: Brad Smith, President of Microsoft; John Kelly III, Executive Vice-President of the International Business Machines Corporation (IBM); David Sassoli, President of the European Parliament; and Dongyu Qu, Director General of the United Nations Food and Agriculture Organization (FAO). Moreover, Pope Francis will be connected in streaming video from the Apostolic Palace to address a few words to the participants.

This event is being held in continuity with the workshop that the Academy organized last year on “Robotics, Persons, Machines and Health,” held in February of 2019.

Monsignor Paglia said that Pope Francis has asked the Academy to “engage in a reflection” on the “new emerging and converging technologies of finite objects,” such as technologies of information and communication, biotechnology, nanotechnology, and robotics.

The Italian Prelate also explained that the “decisions, including the most important, such as those of a medical, economic and social character, are today the result of the human will and of a series of algorithmic contributions,” he noted. “Human life is on the point of convergence between the human entrance and automatic calculation so that it’s ever more complex to understand its objective, foresee its effects and define its responsibility.”

“Artificial Intelligence doesn’t work to do something specific; it is geared, above all, to changing the way in which we do everything,” as happened with electricity, said the Franciscan.

“If we want the machine to support man and the common good, without ever substituting the human being, then the logarithms must include ethical, and not only numerical values,” pointed out the academic. Basically, ”we need to be capable of indicating the ethical values through the numerical values that fuel the algorithm,” he specified.

The Italian priest offered another premise. “Ethics needs to contaminate computation,” adding that we “need algorithms, namely, a way of making computable the good and bad evaluations. Only thus will we be able to create machines that can become instruments of humanization of the world,” he concluded.