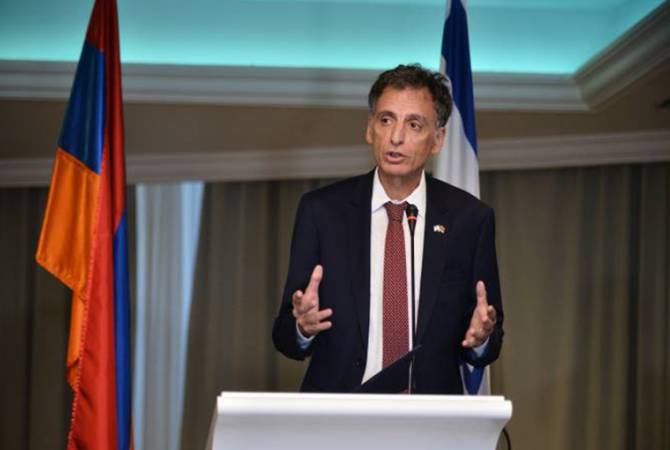 “We welcome the rise in Israeli-Armenian relations and we welcome the expected arrival of Ambassador Armen Smbatyan in the coming weeks, as well as the preparations for opening a permanent embassy in Israel. It should be noted that last January, Armenian President Armen Sarkissian, who attended the main event for the liberation of the Auschwitz Extermination Camp held at Yad Vashem, visited Israel with President Reuven Rivlin and Knesset Speaker Yuli Edelstein and lectures in several places in the country, including the Technion and the Technological Institute in Holon”, the Ambassador said.

President of Armenia Armen Sarkissian signed today a respective decree on making changes in his March 31, 2018 decree according to which Armen Smbatyan was appointed Ambassador to Israel, but his residence was in Yerevan. According to today’s decree, the residence of the Ambassador is being transported to Tel Aviv.

In September 2019 the Armenian government approved the decision to open an Embassy in Israel.

The diplomatic relations between Armenia and Israel were established in April 1992.