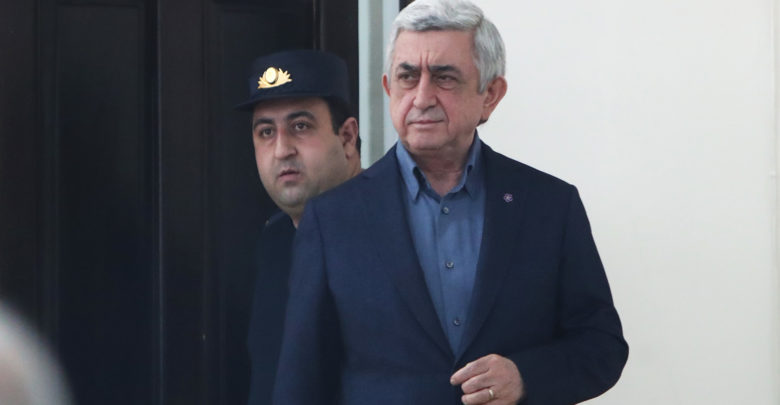 The President is accused of using his official position to organize the execution of a particularly large amount of theft of AMD 489.160.310 from January 25 to February 7, 2013 by a group of officials.

The Special Investigation Service says that organized by third President Serzh Sargsyan and at the incitement of the owner of Flash LLC Barsegh Beglaryan, former Minister of Agriculture Sergo Karapetyan embezzled AMD 489,160,310 from state reserve fund allocated for the purchase of 15.391.765 liters of diesel fuel from January 25 to February 7, 2013.

Sergo Karapetyan did it with support from former Deputy Minister of Agriculture Samvel Galstyan and the Head of the Crop Department of the same Ministry Gevorg Harutyunyan.

Under the case, charges have been brought against Serzh Sargsyan, Sergo Karapetyan, Barsegh Beglaryan, Samvel Galstyan and Gevorg Harutyunyan.