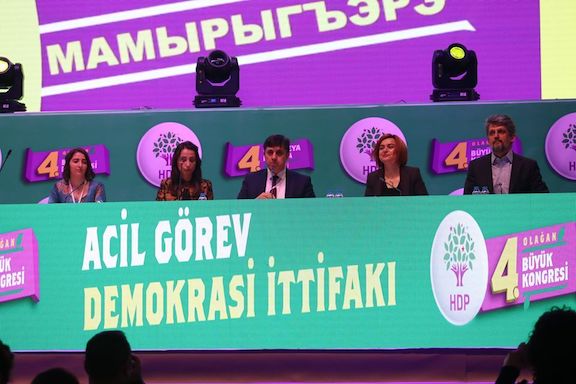 A representative of the Armenian Revolutionary Federation participated in the fourth convention of Turkey’s People’s Democratic Party (HDP) being held in Ankara, which was chaired by among others Garo Paylan, an Armenian member of the Turkish parliament who represents the HDP.

ARF representative Khajag Meguerdichian was among 100 international participants and thousands of guests, with convention organizers estimating a crowd of 30,000 party members and supporters. The HDP said that thousands more were not allowed to attend due to the crackdown by the government of Turkish President Recep Tayyip Erdogan. Meguerdichian also represented the ARF at HDP’s previous convention.