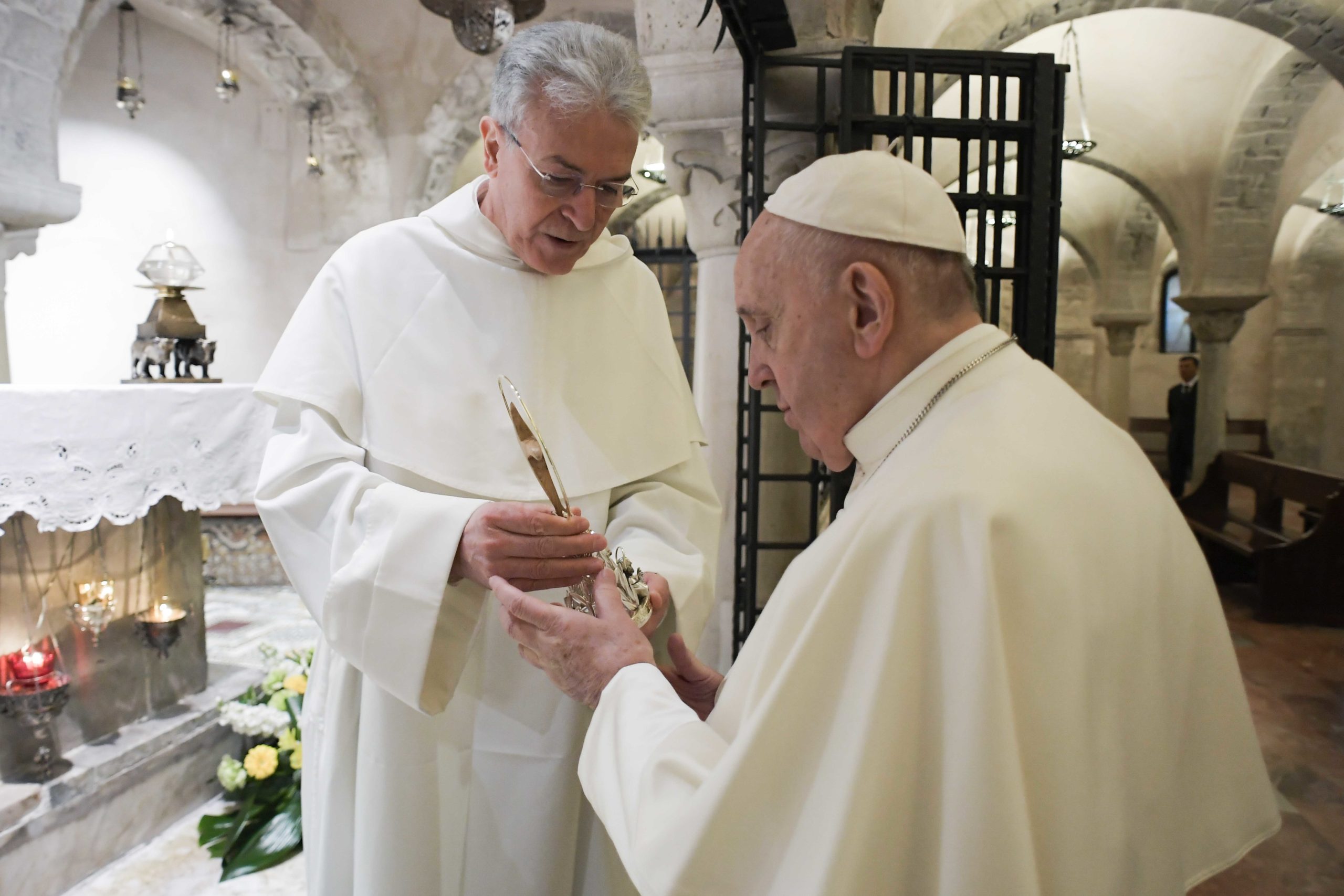 Pope Francis on February 23, 2020, departed from his formal talks to spend a brief time at the tomb of St. Nicholas in Bari. The famous saint’s remains reside in the basilica that bears his name.

Before the Eucharistic celebration in Bari, the Pope greeted the crowd in the Square in front of the Basilica. The Pope stopped for a few moments to bless children, before thanking the faithful in particular for having accompanied the work of the  “Mediterranean, Frontier of Peace” meeting with prayer, reported Vatican News.

“Prayers are precisely the strength, the strength of a Christian community”, the Pope said. “The Pastors pray, but they must work during these days of reflection. But they felt accompanied and safe with your prayers. I thank you so much for this work, for this apostolate of praying, praying for the Church. Do not forget: to pray for the Church, for the Pastors… And in bad times we pray even more, because the Lord must always come to resolve problems.”

St. Nicholas was an early Christian bishop of the ancient Greek maritime city of Myra in Asia Minor during the time of the Roman Empire. Because of the many miracles attributed to his intercession, he is also known as Nicholas the Wonderworker. Nicholas is the patron saint of sailors, merchants, archers, repentant thieves, prostitutes, children, brewers, pawnbrokers, and students in various cities and countries around Europe. His legendary habit of secret gift-giving gave rise to the traditional model of Santa Claus.