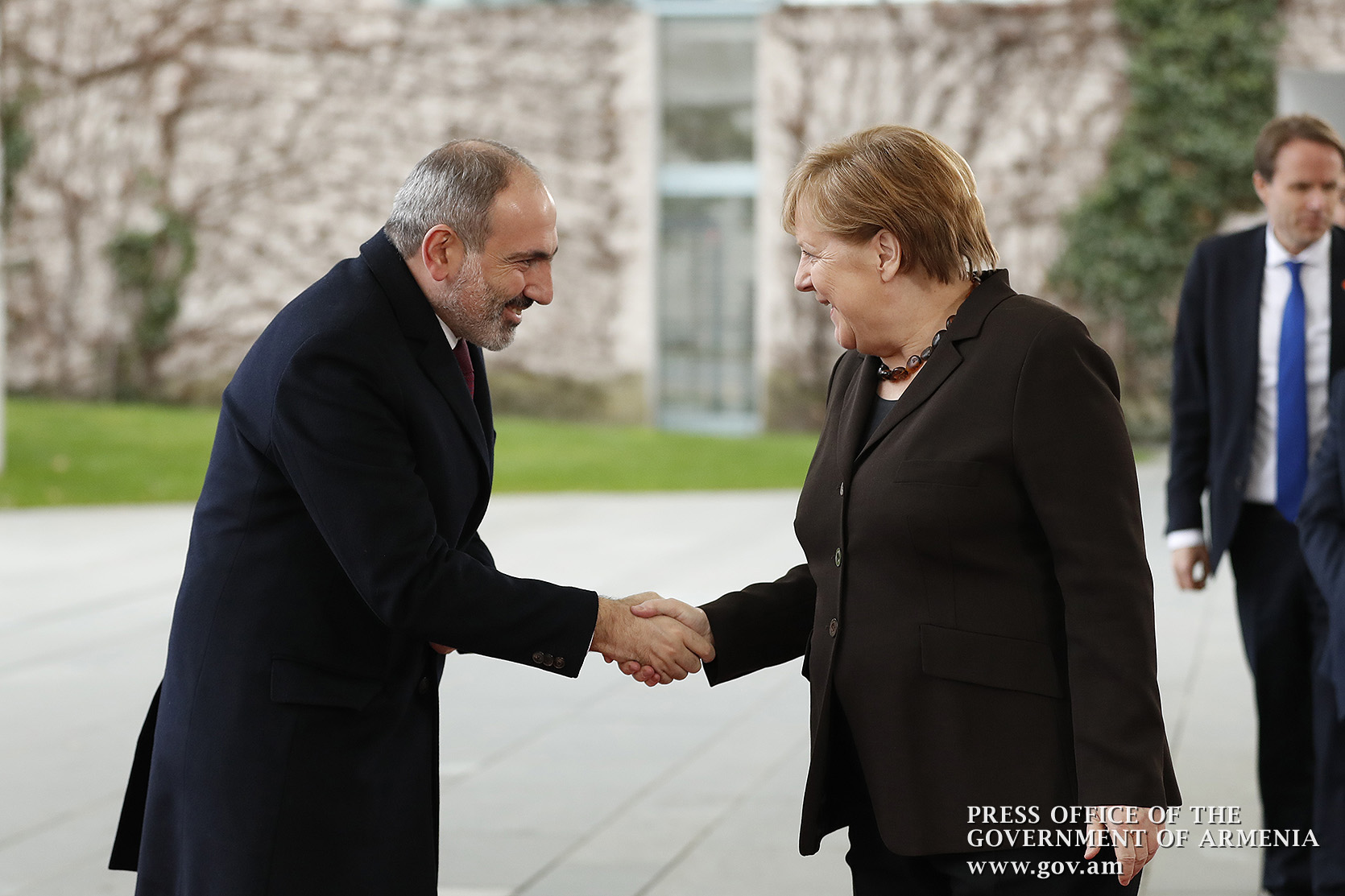 It was their third meeting in 18 months.

Merkel noted with satisfaction that German-Armenian relations have “intensified” since her previous talks with Pashinyan held in August 2018 in Yerevan and in February 2019 in Berlin.

“We will continue to talk today about deepening bilateral relations,” she said in a statement to the press made at the start of their latest meeting.

Merkel stressed that “a lot has changed in Armenia” since Pashinyan swept to power in the “Velvet Revolution” of April-May 2019.

“There is a parliamentary democracy, elections have been held, and there is also a major renewal process … for example in the legal system,” she said. “We naturally hope that Armenia will be very successful here because that’s not an easy process.”