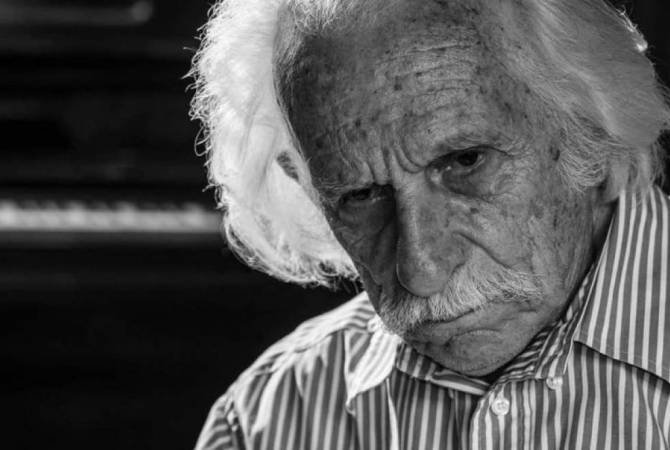 Manaryan was born in 1924 in Arak, Iran. He immigrated to Armenia in 1946 and enrolled in the Yerevan Theatrical Art Institute, graduating the filmmaking faculty in 1952. Besides acting, he was also directing and scriptwriting.

In 2003, he was awarded the title of Merited Artist.

In October 2018, PM Pashinyan awarded Manaryan the title of People’s Artist of Armenia. A year later Yerevan Mayor Hayk Marutyan awarded the artist the title of Honorary Citizen of Yerevan.

Shortly after the news about Manaryan’s passing, Speaker of Parliament Ararat Mirzoyan expressed condolences in a statement on social media. “It was with great pain that I learnt about the passing of one of the greatest Armenians of our times, Yervand Manaryan. One of the best Armenian citizens, the best artists, best scholars left us. Rest in peace, MASTER,” Mirzoyan said.