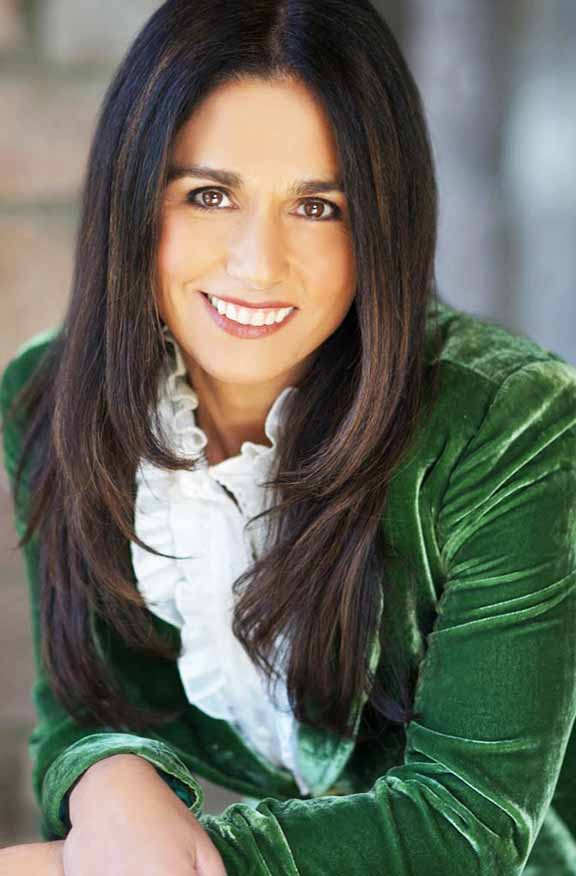 Ani Hovannisian-Kevorkian will lead this event, which celebrates and honors K-16 educators from public schools who have gone beyond the call of duty to ensure that the next generation is well informed and aware of the history of the Armenian Genocide and its lasting legacy. Hovannisian-Kevorkian is the daughter of this year’s Armenian Genocide Education Legacy Award recipient, Dr. Richard Hovannisian whose lifetime efforts have pioneered Armenian Studies for students of all ages.

Over the span of her professional career, Ani Hovannisian-Kevorkian has produced and directed hundreds of inspiring true stories for television and other international audiences. Most recently, after four journeys deep into Historic Western Armenia – two with her father – she has just completed her first feature documentary. “The Hidden Map” depicts the gripping encounters of an American-Armenian traveling through Turkey in search of her forbidden ancestral home and a solitary Scottish explorer she meets along the way. Together, the duo digs beneath the surface of modern-day Turkey, discovering lonely relics, silenced voices, and stories of an ominous past while unearthing buried secrets and the hidden map.

“This is living history,” Hovannisian-Kevorkian said. “Everywhere we turned, people and ruins and stones came alive with stories to tell… undeniable, breathing stories and evidence of magnificent creation, merciless destruction and even hopeful redemption.” Now beginning to debut in festivals, the film has been recognized with an ImpactDocs Award, Independent Shorts Silver Award, Toronto Pomegranate Film Festival Best Documentary and Audience Choice Honorable Mention Awards, and Official Selection of the ARPA International Film Festival. The Hidden Map will be featured at the inaugural Montreal Pomegranate Film Festival on March 1.

Active in the Armenian-American community since childhood, Ani was a news anchor and reporter at TeleNayiri and Horizon Armenian Television in Los Angeles for more than a decade, and remains closely involved with the Armenian and wider communities. A member of the Directors Guild of America, Television Academy, and International Documentary Association, she continues to produce stories that weave the Armenian experience into the global human landscape. Ani graduated Summa Cum Laude and Phi Beta Kappa from the University of California, Los Angeles with a BA in Mass Communications, and from the University of Southern California with an MA in Broadcast Journalism. She and husband Armenio Kevorkian have two children, Sophene and Daron, named after the native Armenian lands of their great-grandparents.

All community members are invited to the 4th Annual Armenian Genocide Education Awards Luncheon, to show their appreciation, and celebrate and honor educators for their dedication to teaching about the Armenian Genocide. This year’s luncheon is scheduled to begin at 11 a.m. at De Luxe Banquet Hall in Burbank, CA. Tickets and sponsorship opportunities are available online. Please reserve your tickets immediately as last year this event sold out early. For additional information, visit the ANCA-WR website or call (818) 500-1918.

The Armenian National Committee of America – Western Region is the largest and most influential Armenian-American grassroots advocacy organization in the Western United States. Working in coordination with a network of offices, chapters, and supporters throughout the Western United States and affiliated organizations around the country, the ANCA-WR advances the concerns of the Armenian American community on a broad range of issues.