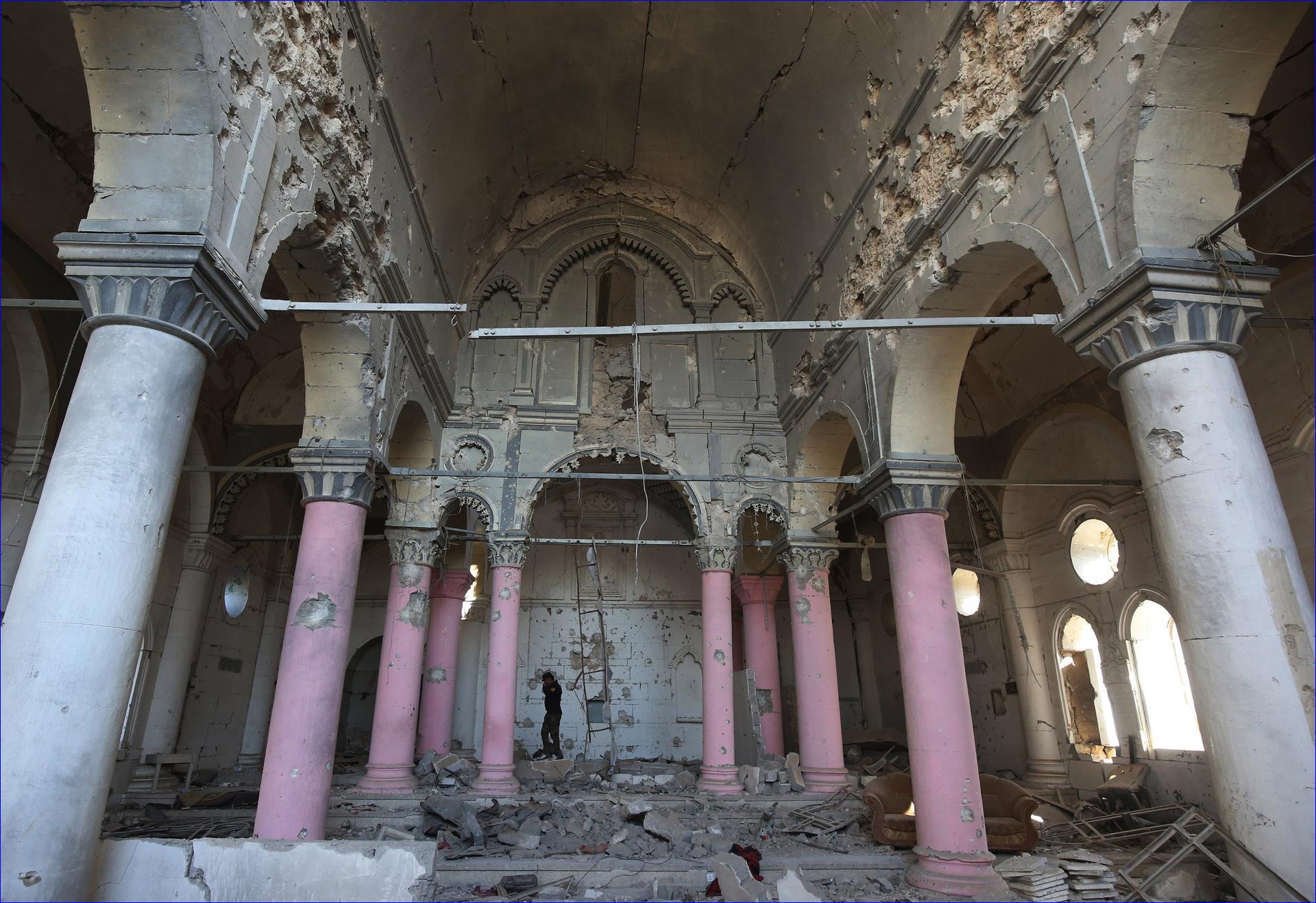 Reconstruction of Assyrian Church Will Begin Soon in Mosul: UNESCO

The United Nations heritage agency said on Monday that it will start the reconstruction of Mosul’s Syriac Catholic Al Tahera Church destroyed by ISIS, which was known to be a symbol of the city’s rich diversity.

The church was severely damaged by the insurgents during the battle for the northern Iraqi city that was seized back by government forces in December 2017.

“The rehabilitation of this church is important not only because of its value as cultural heritage, but also as a testimony to the diversity of the city, a proud crossroads of cultures and a peaceful haven for different religious communities over the centuries,” Unesco said in a statement.

When ISIS invaded Mosul in June 2014, the group began to destroy historical sites in an attempt to change the history of the city.

Large parts of the church’s arcades were destroyed, as well as its external walls.

The early stages of work will require clearing rubble and removing landmines from the site, local contractors have begun the work, said the statement.

It is located at the heart of the city and was built in 1859.

Students of Mosul University’s archaeology, architecture and engineering department will participate in the process of restoring the landmark building.

The UAE’s Ministry of Culture is funding the project and is also offering training for young professionals, strengthening the capacities of local talent and creating job opportunities.

The agreement is part of Unesco’s international “Revive the Spirit of Mosul” initiative.

Work has already began on the reconstruction of the Great Mosque of Al Nuri in the northern city.

Al Nuri was built in the 12th century and nicknamed “the hunchback” because of its leaning minaret.

ISIS later destroyed the mosque during heavy ­fighting with the Iraqi security forces.