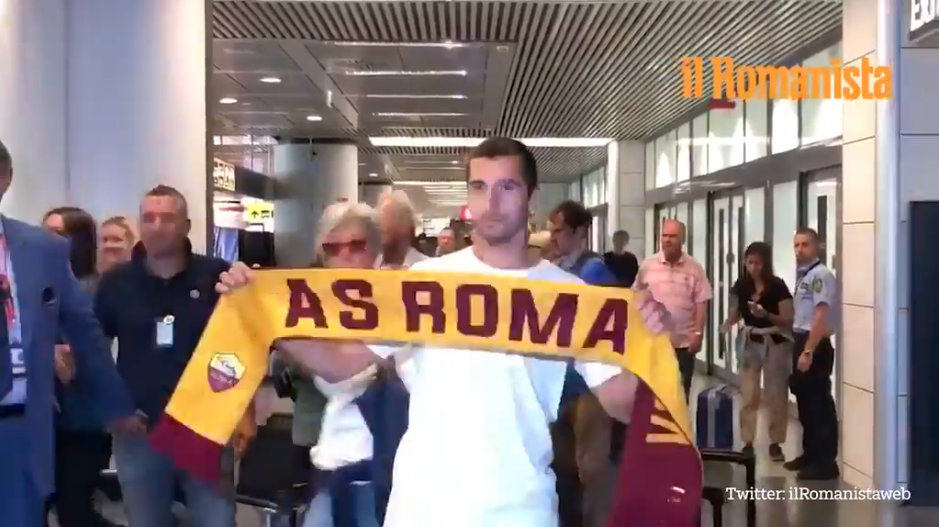 HENRIKH MKHITARYAN will return to Arsenal this summer unless the Gunners dramatically reduce their asking price.

The Armenian winger is currently on loan at Roma and keen to sign for the Italian giants on a permanent basis in the summer.

But Roma are not prepared to meet Arsenal’s £20million valuation for the 31-year-old whose Emirates contract expires next year.

And that would leave the north Londoners scrambling to find an alternative buyer for a player who does not figure in Mikel Arteta’s long-term plans.

Mkhitaryan joined Arsenal from Manchester United in a straight swap for Chilean Alexis Sanchez in January 2018 and signed a £160,000-a-week contract to 2021.

But he failed to impress Unai Emery last season and was loaned to Roma in September despite starting the season opener away to Newcastle.

He recently claimed: “Arsenal made me promises at the beginning of the season but after just two weeks those promises weren’t kept.

“So when my agent called me to propose the idea of joining Roma, I didn’t think twice. I didn’t even discuss finances. I wasn’t fitting so well in English football so I thought a change would be good.

“I no longer felt happy and from day one there have been no regrets about joining Roma, where I have really felt the appreciation of the supporters and the club.”

Yet Mkhitaryan has started just six games for Roma this season and has struggled with a series of thigh strains which have limited his impact.

Coach Paulo Fonseca is interested in keeping Mkhitaryan at the Stadio Olimpico beyond his current loan deal, which is costing Roma £2.5m.

But an offer of £8.5m was rejected out of hand by Arsenal last month and Roma are unlikely to submit an improved bid for a player of Mkhitaryan’s age about to enter the final year of his contract.

Arteta has been monitoring his performances in Serie A but already has Nicolas Pepe, Reiss Nelson, Bukayo Saka and Gabriel Martinelli available to play out wide.