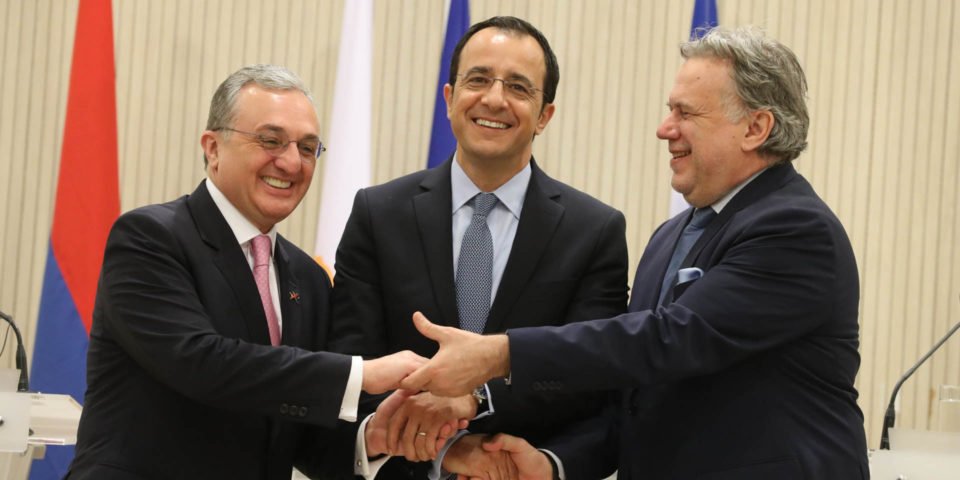 On February 8, Foreign Minister Zohrab Mnatsakanyan had a phone conversation with his Greek counterpart Nikos Dendias.

During the phone conversation, the Foreign Ministers touched upon a wide range of issues on bilateral Armenian-Greek agenda.

The counterparts exchanged views on international and regional urgent issues.

In June 2014 the Foreign Ministers of Cyprus, Greece and Armenia agreed that their respective heads of state would meet at a trilateral summit in Armenia, adding that the purpose for the cooperation is to promote peace, stability and prosperity through enhanced political dialogue.