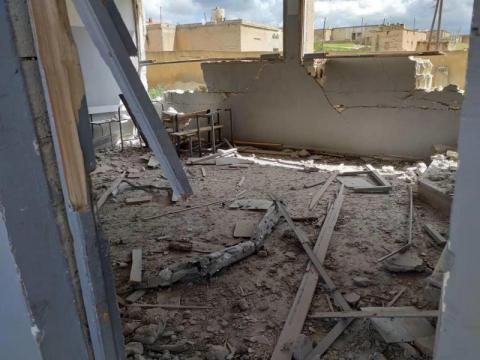 Pope Francis on February 9, 2020, repeated his place for the international community to find a way to stop the violence in Syria. His remarks came after praying the Angelus with the large crowds of pilgrims gathered in St. Peter Square.

“Painful news continues to reach us from the northwest of Syria, in particular, on the conditions of so many women and children, of people constrained to flee because of the military escalation,” the Pope said. “I renew my heartfelt appeal to the International Community and to all the actors involved, to make use of the diplomatic instruments of dialogue and negotiations, in respect of International Humanitarian Law, to safeguard the life and fate of civilians.”

As a new wave of violence hits Idlib and Western Aleppo, Save the Children confirms that as many as 200,000 children and their families have been forced to abandon their homes in northern Syria over the last two months.

According to the United Nations, 34 children—14 girls and 20 boys—have died in the escalating violence since January 15, 2020. Throughout January, at least 37,000 children have been forced to flee in the bitter Syrian winter, often taking only what they are able to carry.