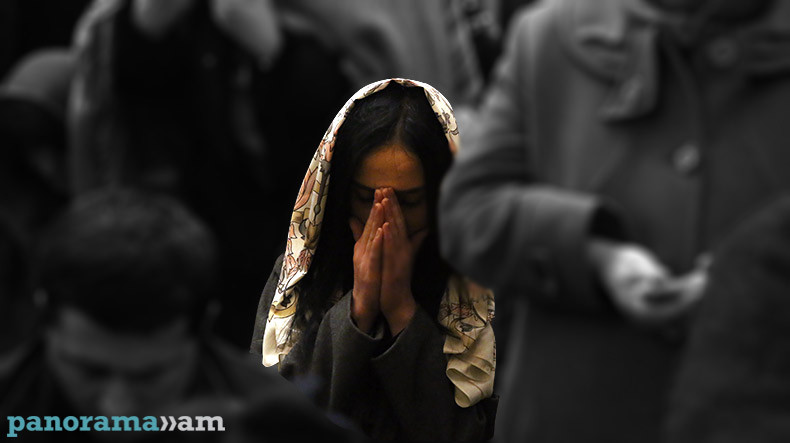 Sts. Atomians were the Armenian captains Atom Gnouni and Manajihr Reshtouni who together with their regiments served in the Persian royal court during the period of reign of the idolater king Hazkert. Upon the excitation of archimagi king Hazkert started persecutions against Christians in order to eradicate Christian faith in Persia. Captains Atom Gnouni and Manajihr Reshtouni received an edict from Hazkert inviting the captains together with their regiments to the royal palace with the intention of forcing them to apostasy.

At first the Armenian captains obeyed the order, but being aware of the trap prepared by the king they started back home and on their way home they stopped in the province of Andzevatsyats. Becoming aware of the numerous Persian Army persecuting them soldiers of the captain Atom Gnouni, encouraged  by the prophesy of a saint hermit living on the mountain preferred voluntary martyrdom. Persian Army reaching the Armenian regiment surrounded them and killed the saints by words. Whereas Manajihr Reshtouni and his soldiers reached his native land – Reshtounik, where he confessed his being Christian and was martyred in 449 AD.