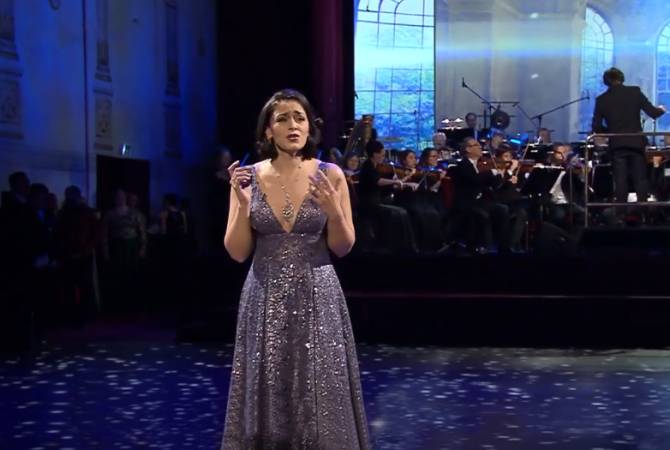 Speaking to ARMENPRESS after the concert, Mantashyan said: “I am happy that the performance took place and reached its logical and triumphant end”.

After the performance, Yerevan Komitas State Consevatory lecturer Margarite Sargsyan shared a video of Mantashyan’s performance on Facebook, and praised the soprano. “This was truly brilliant. Well-done….This is our school,” she said.

Other musicians who performed at the concert included violinist Pavel Milyukov, soprano Yulia Muzichenko, pianist Alexander Kashpurin, and tenor Yusif Eyvazov, the Azerbaijani singer involved in the controversial developments around Mantashyan’s scheduled appearance in the concert prior to the event.