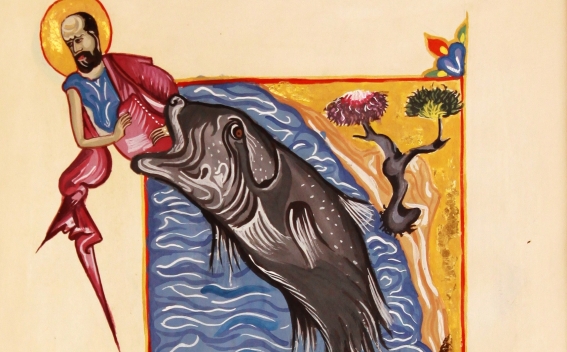 Commemoration of the Prophet Jonah

Prophet Jonah is one of the minor prophets of the Holy Bible. In the Book of Jonah of the Old Testament is a narrative describing the adventures of the Prophet Jonah. By the Lord’s command Jonah was sent to Nineveh to preach the heathens and tried, in every way, to disobey God’s command. However, in the end his attempts were in vain. By the Lord’s command, a large fish swallowed Jonah, and he remained inside the fish for three days and three nights. Only after Jonah’s prayer and redemption did the Lord allow the fish to free Jonah. This time he obeyed the Lord’s command and went to Nineveh. On the first day, Jonah started into the city. He proclaimed: “Forty more days and Nineveh will be overturned.” The Ninevites believed God. They declared a fast, and all of them, from the greatest to the least, even the king, put on sackcloth. When God saw what they did and how they turned from their evil ways, he had compassion and did not bring upon them the destruction he had threatened.

Later Christ brings the example of the Prophet Jonah to the Pharisees asking for a divine sign.

The Armenian Apostolic Church commemorates the memory of the Prophet Jonah always during the period of the fast of Catechumens symbolizing that thanks to sincere repentance one may deserve God’s mercy, Qahana.am informs.