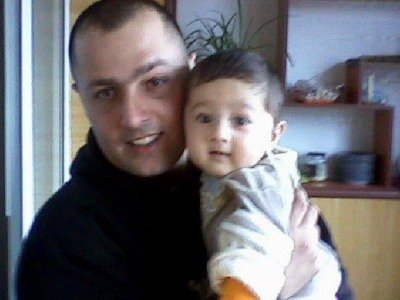 Armenian businessman released after sentenced to prison for ‘Islamic extremism’

Armenian businessman Aramayis Avagyan, who was sentenced to 7 years in prison for ‘Islamic extremism’ in 2016, has been released from county jail due to review of his term, and the US Ambassador to Uzbekistan has welcomed his release.

Gazeta.uz reports that the pisciculturist from the Pakhtakor district of the Uzbek region of Dizak has been released, citing the press service of the Supreme Court of Uzbekistan.

On February 19, 2016, Aramayis Avagyan (born in 1982 in Azerbaijan, of Armenian descent, citizen of Uzbekistan, previously sentenced for extortion and robbery in Uzbekistan) was sentenced to 7 years of imprisonment in a county jail for committing an offense under articles related to encroachment against the constitutional order of the Republic of Uzbekistan; sabotage; robbery; preparation, publication or dissemination, keeping of materials posing a threat to public safety and public order and for creating, managing and participating in religious extremist, separatist, fundamentalist or other prohibited organization.

On January 31, 2020, upon the decision of the judicial collegiate for criminal cases of the Supreme Court, the verdicts of February 19, 2016 and March 22, 2016 were changed. Upon the decision, the court imposed punishment for a term of 4 years, 4 months and 27 days. Thus, Aramayis Avagyan was released from the county jail since he had served his punishment.

The Armenian government hadn’t disregarded the pisciculturist’s case. In 2016, Armenia’s Ombudsman Karen Andreasyan sent a letter to the Ombudsman of Uzbekistan and asked the latter to pay special attention to Avagyan’s case.

Earlier, Avagyan’s relatives had reported that the conflict between the pisciculturist and the local authorities began as a result of his fishery in Pakhtakor district. According to the relatives, head of the district Gafur Karshibayev had tried to illegally steal the business from Avagyan, but the latter had refused to give it away. Witnesses say the official had screamed at Avagyan and threatened to put him in jail.