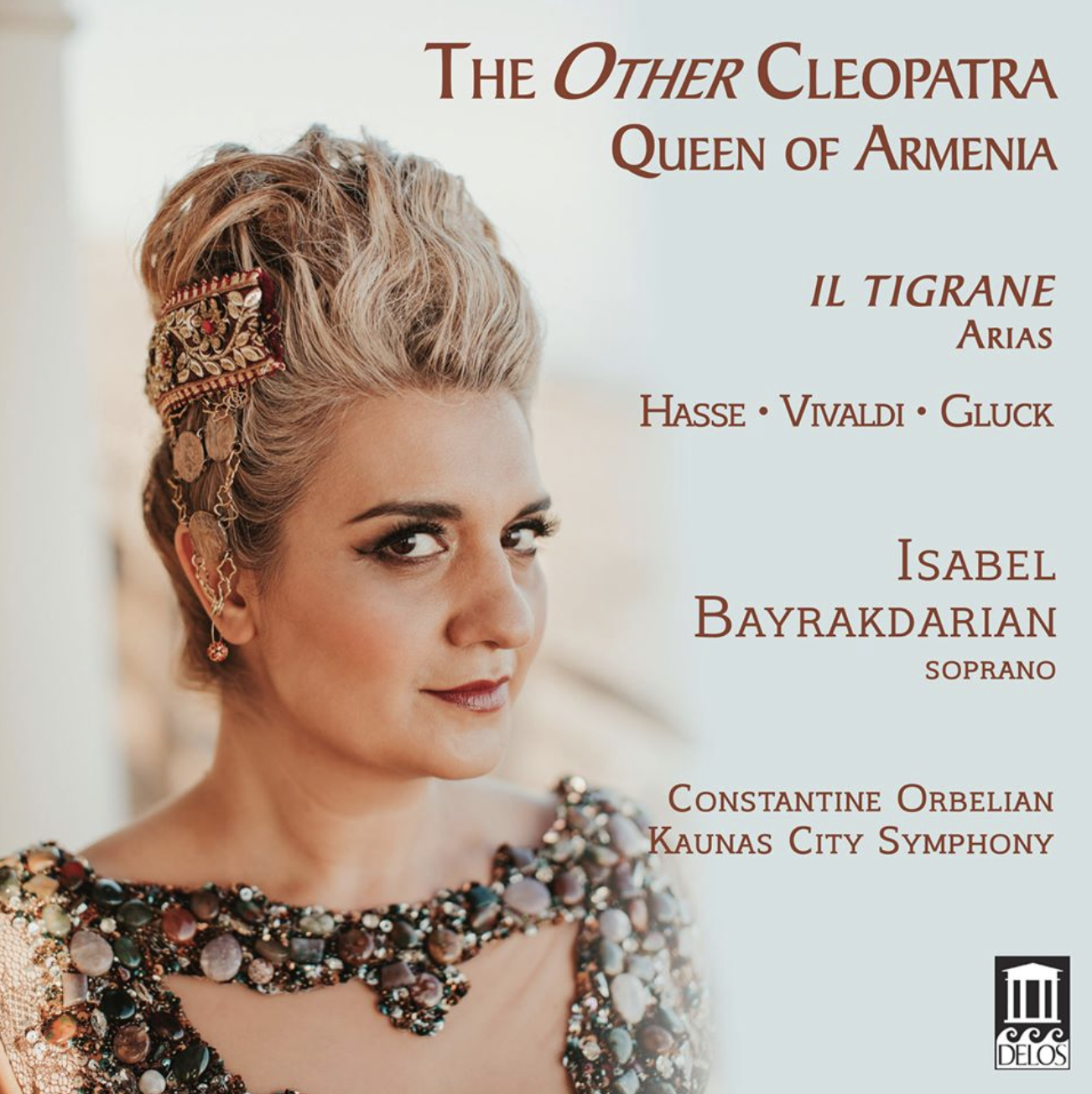 Soprano Isabel Bayrakdarian To Release New Album “The Other Cleopatra: Queen of Armenia”

The new recording that is scheduled to be released on the Delos Music label on March 20 is a collaborative work with Grammy-nominated team of Constantine Orbelian and Kaunas City Symphony Orchestra.

Bayrakdarian, who has won four consecutive Juno Awards and is featured as vocalist on the Grammy-award winning soundtracks, says in a Facebook post: “I’m so excited to share with you my newest recording. This is the culmination of my extensive research at UCSB Department of Music, and is a collection of Baroque arias from rare and lost operas by Gluck, Vivaldi, and Hasse, all titled “Il Tigrane.”

Speaking about the background of her newest release she explains: “When I was growing up, I learned about Armenian history in school and of course we learned about our great king Tigranes II (or Medzn Dikran, Տիգրան Մեծ, Tigran the Great)—but there was no mention about the woman behind the great king: the queen consort: Cleopatra of Pontus. Moreover, I had no idea that at least 24 operas were written about the love story between Cleopatra and Tigranes II.” Adding, “Since I had already recorded a CD of rare arias dedicated to Cleopatra of Egypt, it seemed fitting—and about time—that I should also research, unearth, and record the music of the Other Cleopatra, who became queen of Armenia, and whose DNA I most likely carry.”

Bayrakdarian shines in arias from three rarely heard operas about King Tigranes and his queen. Her multi-hued voice relates the passion, drama, and fervour of the love story of Tigranes and Cleopatra.

Bayrakdarian sparkles in arias from Il Tigrane by Baroque master Johann Adolph Hasse, while Vivaldi and Gluck add further excitement to the album.