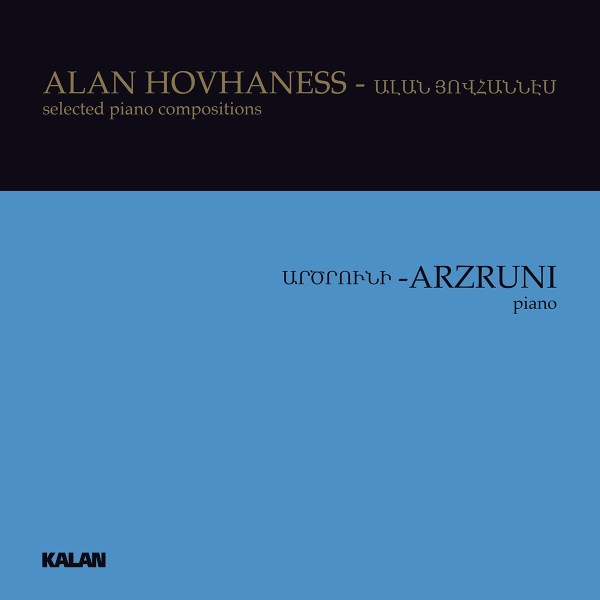 A New Look at Alan Hovhannes

Pianist Sahan Arzruni has produced a new album dedicated to the piano music of Alan Hovhaness. The prolific American-Armenian composer who hailed from Massachusetts is often known for his mystical and ephemeral style of writing, exploring the transcendental nature of music. His approach, as eloquently elaborated in the informative liner notes accompanying by Mr. Arzruni, who is also an ethnomusicologist, strives to use music as a “link between the physical and metaphysical worlds.”

Throughout his creative life, Hovhaness immersed himself in various cultures and religions, particularly those of the Far East, absorbing all kinds of folk and sacred music. His compositional textures and the medium of his expression reflected these inspirations. The American composer and critic Virgil Thomson commented in a 1947 Herald Tribune article that “…each piece is like a hand-made wallpaper. Its motionless quality is a little hypnotic. Its expressive function is predominantly religious, ceremonial, incantatory, its spiritual content of the purest.”

On this album, Arzruni calls our attention to the rarely heard or performed solo piano music of Hovhaness. Most of these masterpieces exist only in the manuscript form and have never been published. They shed light on composer’s eclectic taste — yearnings rooted in Armenia’s mythology, folklore, landscape and Christian faith, as well as explorations of the Indian, Persian and Greek folk and mystical material.

The first composition of the album is titled Invocations to Vahakn. This five-movement cycle for piano and percussion (here performed by Adam Rosenblatt on various percussion instruments), though not programmatic in nature, does project the majestic power of Vahakn, the mythical legend and the god of bravery.