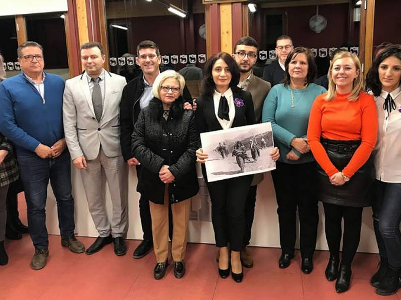 On January 30, the city council of the Spanish town of Ontinyent recognized the Armenian Genocide, writes Tert.am, citing Diario Armenia.

Diario Armenia reports that the town hall of Ontinyent condemned the unprecedented crime committed against humanity by the Ottoman Empire and the current Turkish government’s policy of denial.

Two of the three political parties represented in the city council voted in favor, and the People’s Party of the Valencian Community cast abstinence votes during the vote for the petition submitted by Ararat Armenian Association. The authorities of Ontinyent called on Turkey and particularly the Spanish government to recognize the Armenian Genocide.

In his speech, Ararat Ghukasyan stated that “today is a historic day not only for the Armenian people and the Armenians of Spain, but also Ontinyent, which joined the more than three dozens of cities that have recognized the first genocide of the 20thcentury.”