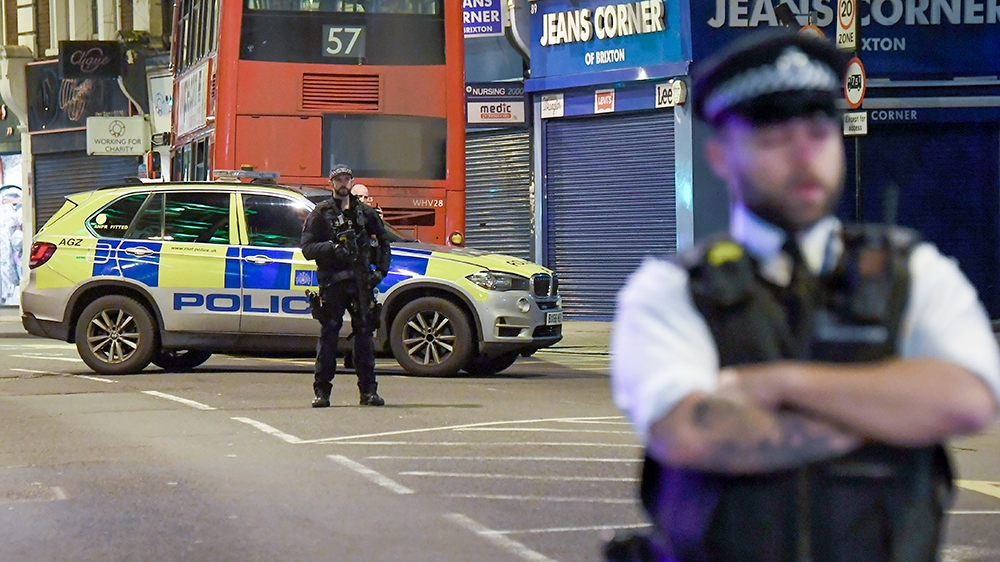 Streatham attacker was let out of jail early, under police watch

A man who carried out a stabbing attack in south London had been recently released from jail, where he was serving a sentence for the possession and distribution of terrorist material, and was under police surveillance.

Police killed Sudesh Amman during the attack on Sunday in Streatham, a residential suburb.

ISIL claimed responsibility for the assault in a statement released through the Telegram messaging application, saying: “The attacker in the Streatham area in south London yesterday is an [ISIL] fighter, and he carried out the attack in response to a call to target nationals” of countries belonging to the global anti-ISIL coalition.

Amman, 20, was jailed in 2018 for “Islamist-related terrorism offences” but released automatically halfway through serving his three-year sentence.

“The suspect had been recently released from prison where he had been serving a sentence for Islamist-related terrorism offences,” London’s Metropolitan Police service said.

The UK’s Guardian newspaper said Amman had left prison only days ago, while the BBC said the release was in January.

“We will announce further plans for fundamental changes to the system for dealing with those convicted of terrorism offences,” Johnson said. “My thoughts are with the injured victims and their loved ones.”

Conservative British politicians have repeatedly called for tougher rules for “terror” suspects, calls that increased after a former convict killed two people and wounded three more before police shot him dead near London Bridge in November.

Johnson said that, since that attack, the government had “moved quickly to introduce a package of measures to strengthen every element of our response to terrorism – including longer prison sentences and more money for the police.”

Amman had been jailed for promoting violent material and had even encouraged his girlfriend to behead her parents.

In November 2018, he pleaded guilty to “possession of terrorist documents and disseminating terrorist publications”. He was sentenced to more than three years in prison the following month.

He was 17 and living at home with his mother and younger siblings when he first began committing offences, according to authorities. Police became aware of his activities in April 2018 and he was arrested by armed officers in a north London street a month later.

After examining his computers and phone, officers found Amman had downloaded material about making explosives and carrying out attacks, according to prosecutors.

Messages showed that he had discussed with his family, friends and girlfriend his views and desire to carry out an attack, often focused on using a knife, prosecutors said.

In December 2017, Amman posted a picture of ISIL leader Abu Bakr al-Baghdadi, who was killed during a US raid in Syria in October 2019, and told his brother in a message that “the Islamic State is here to stay.”

He also described Yazidi women as slaves and said the Quran made it permissible to rape them.

Police said he had shared an online al-Qaeda magazine with his family and while in a discussion about school with a sibling he wrote he would “rather blow myself up”.