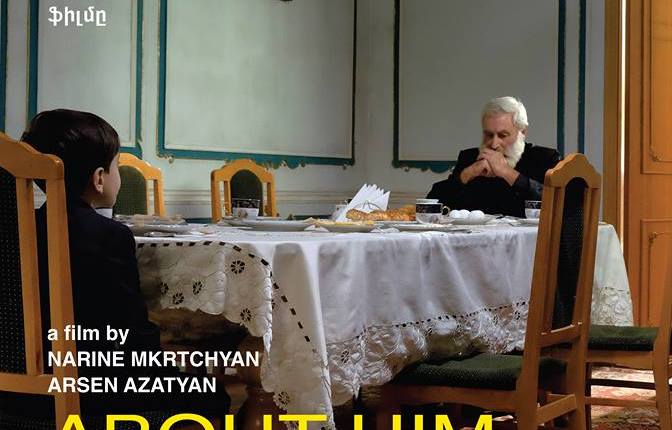 GLENDALE – “About Him: Or How He Did Not Fear The Bear,” an internationally acclaimed film written and directed by Arsen Azatyan and Nariné Mkrtchyan documenting the aftermath of the gruesome massacre of the Avetisyan family, has received international recognition and will be screened at the Laemmle theater in Glendale beginning February 14.

In January of 2015, Russian soldier Valery Permyakov brutally murdered 7 members of the Avetisyan family in Gyumri, including a 6 month old infant named Seryozha who was fatally stabbed in the chest. The Armenian government requested that the murderer be charged in Armenian court, but the Russian government declined and instead convicted him with a lesser charge and a 10-year prison sentence.

Protesters in Armenia believed the punishment did not fit the crime and that justice was not served for the Avetisyan family. Filmmakers Azatyan and Mkrtchyan hope to share this important story of social injustice and the lack of dignity for the innocent victims through “About Him” on the world stage.

“It was our eighth time participating in the Rotterdam International Film Festival and we are very grateful that there are film festivals like this which feature art house films,” said Azatyan and Mkrtchyan. “We have invitations from many other film festivals and anticipate to receive more recognition in the near future,” they added.

Most of the film features re-enactments by actors, however the filmmakers used actual footage from protests that took place on the streets in Armenia. “The people in Gyumri and all of Armenia were living in a great state of shock [after the mass murder] and our film documents these events. It is our hope to make the world a better place through our films,” they added.